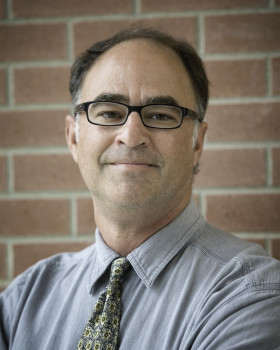 As a student at DePauw, Klinger was an economics major and involved with Greek life as a member of the Alpha Tau Omega fraternity. He was an award-winning member of the DePauw Debate Team and made the most of his time at DePauw by studying abroad several times, including studying at the University of Essex in England during his junior year.

After his undergraduate studies, he received his Ph.D. in communication in 1998 from the University of Iowa. He has contributed to the book Professing Rhetoric, published in 2002. He went on to teach at St. John’s University, Hanover College and the University of Utah before returning to DePauw in 2003.

At DePauw, Klinger was a professor in the department of communication and theatre, where he served as the director of forensics and the faculty advisor to the debate society. His areas of expertise include, but are not limited to, rhetoric and social theory, political communication, economics and business rhetoric, presidential rhetoric and civil rights rhetoric. According to DePauw’s faculty experts guide, Klinger was working on two books-- one focusing on the philosophical traditions in the theory of law, and one focusing on business and economics rhetoric. He was also quoted in an article by the United Methodist News Service in 2011. In 2013, he analyzed Dr. King’s “I Have a Dream” speech.

DePauw University will continue to celebrate his legacy, as reinforced by a mass email sent by President Lori White and Vice President for Academic Affairs, David Berque.

“Geoff had a profound impact on generations of DePauw students, many of whom, inspired by his teaching and mentorship, went on to enjoy success in a wide variety of careers,” Dr. White said in the email.

As of right now, his family has yet to release further information regarding the services and arrangements for his death, and asks for people to respect their privacy.