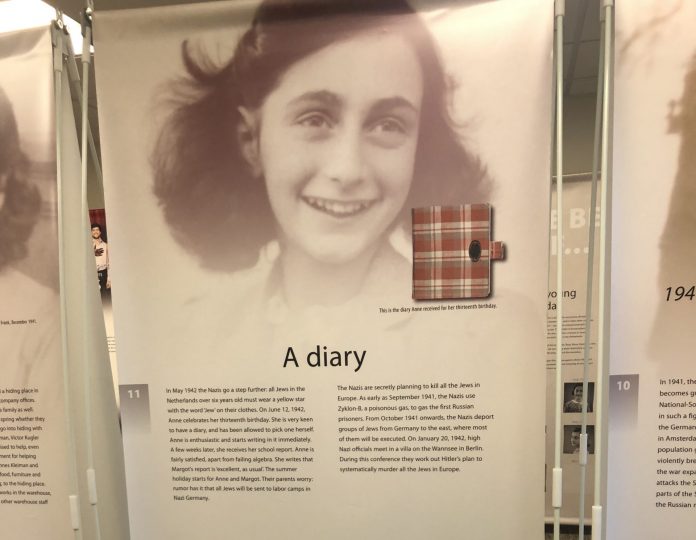 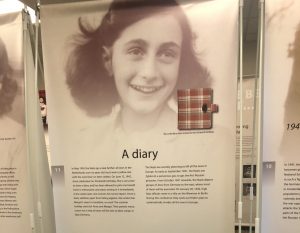 “Let me be myself and I am satisfied,” Anne Frank wrote in her diary two years into hiding. These words begin the journey “The Anne Frank Stichting Exhibit” takes viewers on between March 2nd and 19th, sponsored by The Janet Prindle Institute for Ethics.

“When I was home [in Croatia], I trained tour guides for The Anne Frank House, and when I came here to DePauw I wanted to bring more awareness to the Holocaust. It’s been a process since my sophomore year—so two years in the making,” Ignac said.

Andrew Cullison, Director of The Prindle Institute and Professor of Philosophy at DePauw, collaborated with Ignac to bring this understanding to the community.

“Luka approached me with some pretty abysmal statistics about how many people don’t even know what the Holocaust was,” Cullison said.

One study by Schoen Consulting surveyed American adults and found that 11 percent of the respondents hadn’t heard of, or weren’t sure they’d heard of, the Holocaust. The number doubled to 22 percent with Millennials surveyed.

The first part of the exhibit focuses on Anne Frank and the Holocaust. While the second portion depicts more recent examples of exclusion in society. 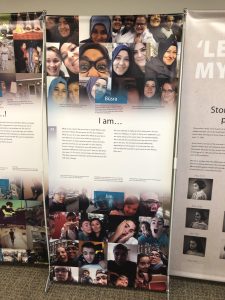 “It’s important to note we aren’t directly equating the holocaust with events today, but we hope to open a space to highlight prejudice and marginalized groups,” Ignac said.

Cullison also saw the exhibit as an opportunity to open up a conversation about modern-identity preconceptions, fitting with Prindle’s mission of ethics.

“What The Anne Frank House is doing and what the Prindle Institute is doing are very mission aligned . . . their learning goals are really using history as an opportunity to get people to engage in critical issues,” Cullison said.

“One third of the exhibit is stories about students today, who feel marginalized in some way, shape, or form, and there are opportunities to have conversations about identity groups and what identity groups does it seem like society is testing the waters with,” Cullison said.

The exhibit will be in Greencastle for almost three weeks. During this time, Prindle hopes to open this space for discussion with intern-led tours for students from middle school to college and community members. Then, the traveling exhibit will travel to its next location to spread its message.