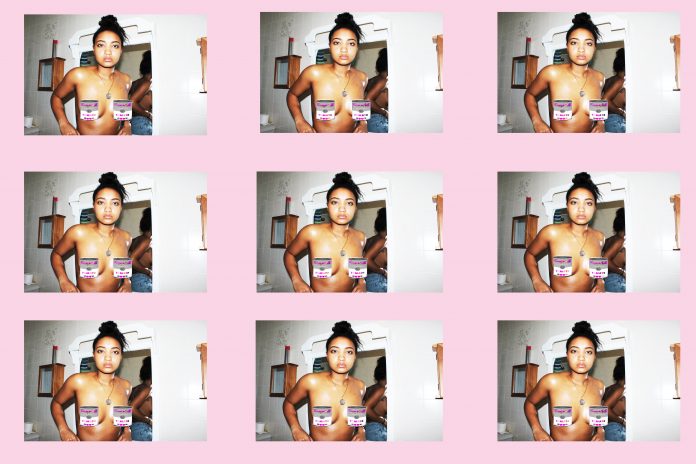 When the artist puts themselves into their work, they are undoubtedly intertwined with the art and its meaning.

“I noticed that like my work, often indirectly or directly becomes political automatically, because I'm a Black woman,” Jackson said. “And so anything I do with my body, in my work, whatever I like I tether it to or whatever, it automatically  takes on a new meaning.”

Entering into college, Alex had planned on being pre-med. However, after taking her first art class during the first semester of her sophomore year, she declared an art major. Along with this, Alex has a biology minor.

Her work mainly consists of paintings and digital photo. After graduation, Alex plans on pursuing an MFA.

JF: What drew you to digital?

AJ:  I think it's less about me being in digital; it's more so about the things that I can do with it because my work centers around de-conceptualization. I guess I'm interested in a lot of my own images, and then very iconic images, and [then I] rearrange them in like this ambiguous interior space to the extent where you can’t pull from any singular context, but the work itself creates an entire new context of its own.

And so because of that, my work kind of exploits people for their need to place a value on art, no matter what it is. Just as human beings, we have to be able to place meaning on something for us to care about it. And so my work kind of exploits that tendency that we have, especially with, like, consumer culture, and  how that relates to art. And so I guess with digital it's easiest for me to do that. Because not only can I insert my own images, and replace them with something else and vice versa. 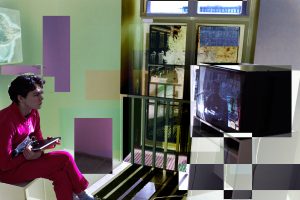 AJ: I think my ideal gallery would be a place that's accessible to anyone. It would be a free entry at the very least, or something like that. I also like the idea of making galleries portable too. I know some artists rent out like U-haul trucks and put their work there. And then they'll park it into a city block and just let people come. I feel like that's really cool.

I see [people] walk into a space, and they would see all my images and automatically know that whatever they're looking at is separate from them, but also not something that they can relate to. Also I want to exploit people for their need to place value on something. So in a lot of ways, I think I want my work to force my audience to reflect or question that part of themselves. Because it really reaches far beyond. I think it's kind of about consumer culture in that way. And so that's interesting. I don't know if I ever see my work being in a major museum, if that makes sense. Partially, because they're not accessible to everyone. 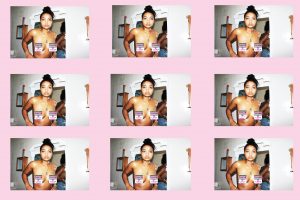 JF: Why do you put yourself into your pieces?

AJ: I oftentimes probably objectify myself, in which case, the only person that should really care about that is me. And if I decide I don't care, then well, you know, I don't care. And I guess that's a privilege of me using my own body. It's kind of like, I get more permission to do more things. Because if I mess up then the only person, I'm really hurting as myself, hopefully. But yeah, like, that's also something I like taking advantage of in my work.