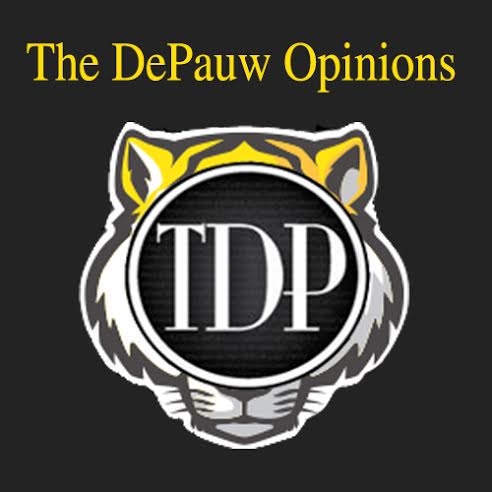 This year, I think it’s been encouraging to see our campus have constructive discussions of Greek life in The DePauw. We’ve started talking—something we weren’t doing very much my freshman year. There have been several pieces of note this semester, but I’d like to highlight the more recent work of Conner Gordon and Matt Piggins.

In his piece, “A hard look at misogyny in the Greek system,” Gordon discussed the alarming prevalence of sexual assault in the Greek system, and how these problems “demand a cultural shift in how questions of masculinity are handled within IFC.” He’s right. He goes on to recommend that consent education, coupled with discussions of “masculinity and fraternity culture,” be mandatory for members entering the Greek system.

The same very week, Piggins addressed the exclusionary structure of our fraternal system in his piece “Greek life and inclusion at DePauw.” He illustrated how the celebrated sorting-hat system we use is indeed a self-fulfilling prophecy. By partitioning men and women into Greek houses, largely on the basis of personality, race and social class, we intentionally isolate those very students from their peers both in and outside the system.

This is, by definition, exclusionary. Piggins then implored the Greek community to “take serious steps to address the exclusion and marginalization” of our Greek system. Like Conner, he’s also right. And while I applaud him for recommending co-ed houses as a possible solution, this might not be tenable. At least not right now.

With these discussions, however, we’re beginning to lay bare the problems inherent in our Greek system. Yes, they have always been there; but now they’re rearing their ugly heads.

Perhaps much of this is simply structural. Maybe piecemeal actions won’t do us any good. That very well could be. But that’s no excuse to throw up our hands and twiddle our thumbs. So, in an effort to continue this conversation, I’d like to offer a few recommendations for things Greek houses, including my own, can and should do—right now:

1. Require all members to complete the full, 6-hour Green Dot training. (Congrats to you, Sigma Chi, for your efforts with this). Heck, make it a yearly commitment, no different than renewing your CPR certification.

2. Establish a diversity chair to actively educate members about the most pressing campus climate issues facing DePauw; issues that some of us in the Greek system have the privilege to ignore.

3. Require all members to attend the Day of Dialogue, every year. Make certain every member attends the entire day, and that afterwards your diversity chair facilitates a house-wide debriefing of what was gleaned from the event.

4. Pass measures creating compulsory mechanisms in your chapter’s by-laws that will effectively address instances when members commit harmful actions. These harmful actions should, at an     absolute minimum, include acts of sexual assault, racism, and misogyny. Of course, this is not an exhausted list.

These are indeed small steps. Some may even appear superficial or redundant. But we have to start somewhere.

-Terlep is a senior political science major from Naperville, Illinois.