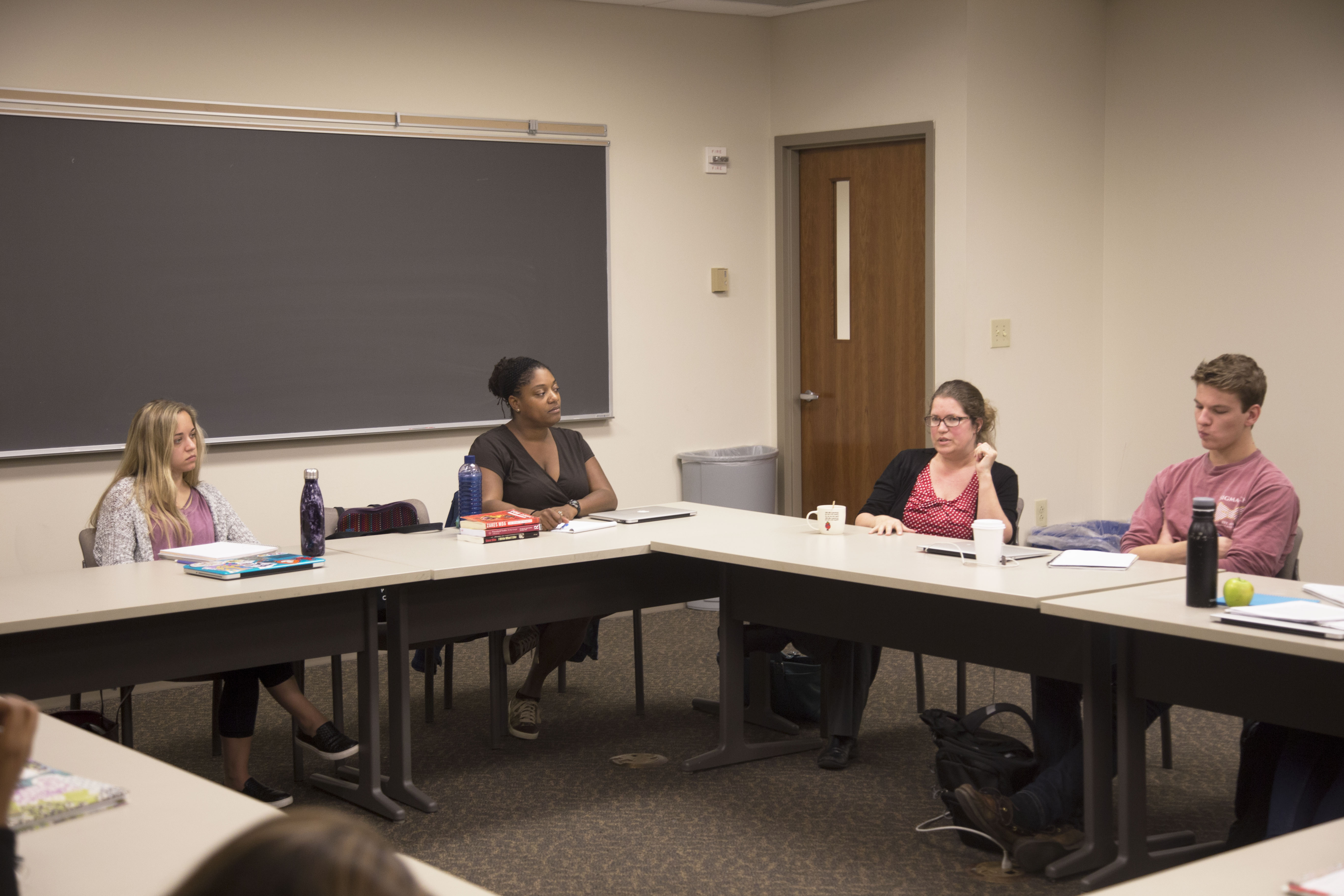 DePauw and Wabash College students set their Monon rivalry aside in a joint-curriculum class on the South African apartheid called “Challenging Borders: Gendered Nationalism in South African Literature and Film.”

Wimbley and Szczeszak-Brewer proposed two grants to the Great Lakes College Association (GLCA): one in an effort to receive funding for research preparation and a second to establish the class on both campuses. The two professors applied to travel to South Africa this past January to learn more about the culture and history of the country while experiencing them at the same time.

“It was the coolest thing to be able to read some of the texts and then grab an Uber and go to that part of town...to actually walk through the space that an author or a filmmaker is describing,” Wimbley said.

While in South Africa, Szczeszak-Brewer and Wimbley studied representations of South African social justice in public spheres through film, art and literature. The two brought their experiences and research back to their respective universities and transformed the information into a syllabus for “Challenging Borders.”

“I think investigating South Africa as a site...is particularly interesting and important,” Wimbley said. “Where do the boundaries of our citizenship come together or diverge according to our race, class, sexuality, gender? It’s a really great lens to see the ways in which we make sense of the world we live in and how we understand ourselves as a country.”

“Challenging Borders” is a test run for Wimbley and Brewer because the DePauw-Wabash collaborative class is unusual for both universities’ course offerings. The dynamic of the class is one element of the course that attracted students to enroll.

“It...intrigued me that it was going to be taught with Wabash students,” Witherspoon said. “I wanted to see how exactly that would work because I had never heard of that.”

“Not only do they [Wabash students] introduce a new perspective, they also allow us to share ideas in a space we don’t normally operate in and may not be comfortable with,” Barnes added.

Wimbley hopes “Challenging Borders” becomes one of many opportunities for students to explore joint classes because she believes the class speaks to the essence of liberal arts institutions.

Wimbley’s classes are known to engage students in multiple areas of study within a particular class.

“I think Wimbley is the most engaging teacher I’ve had here at DePauw,” Barnes said. “She teaches above and beyond the course material in each of the three classes I’ve had with her.”

The two classes engage in online conversation through weekly blog posts and unite together for joint class sessions, guest speakers on both campuses and film screenings at Ashley Square Cinema.

DePauw students meet once a week to study many topics from the perspective of South African writers and filmmakers including nationhood, resistance movements during the apartheid and post-apartheid politics.

The apartheid was legislation enacted under the National Party which gained power in South Africa in 1948. The policies enforced racial segregation and discrimination against the non-white majority population.

Among the various topics, Wimbley said the course focuses on identity, particularly women’s studies. She went on to discuss the difficulties in accurately capturing women’s stories in history and the power of their own storytelling.

“There is something about that act of agency, looking at artists, making art, about their nation, which is something very different than getting that story from somewhere else, because after all, the best art, film and literature is its storytelling,” Wimbley said. “And who better to tell the story of post-apartheid South Africa or apartheid South Africa than people who have lived there, people who call that place home?”

Although many classes within the liberal arts curriculum are interdisciplinary, Wimbley’s class studying South African resistance movements through the perspective of South African film and literature is not common in DePauw’s course listing.

“One of the motivations was to bring something to campus that we don’t see very often,” Wimbley said. Although the History department offers a South African history class, it is not from the perspective of film and literature like Wimbley’s.

Wimbley says that critical engagement with the texts can be applied to what it means to be a citizen in the U.S. today.

“To kind of step back for a moment and look at South Africa as a case history in which one is forced to really explore what citizenship means and what human rights mean, and how they should come together, or maybe should not,” Wimbley said. “I think is a really relevant proposition right now in our cultural moment.”