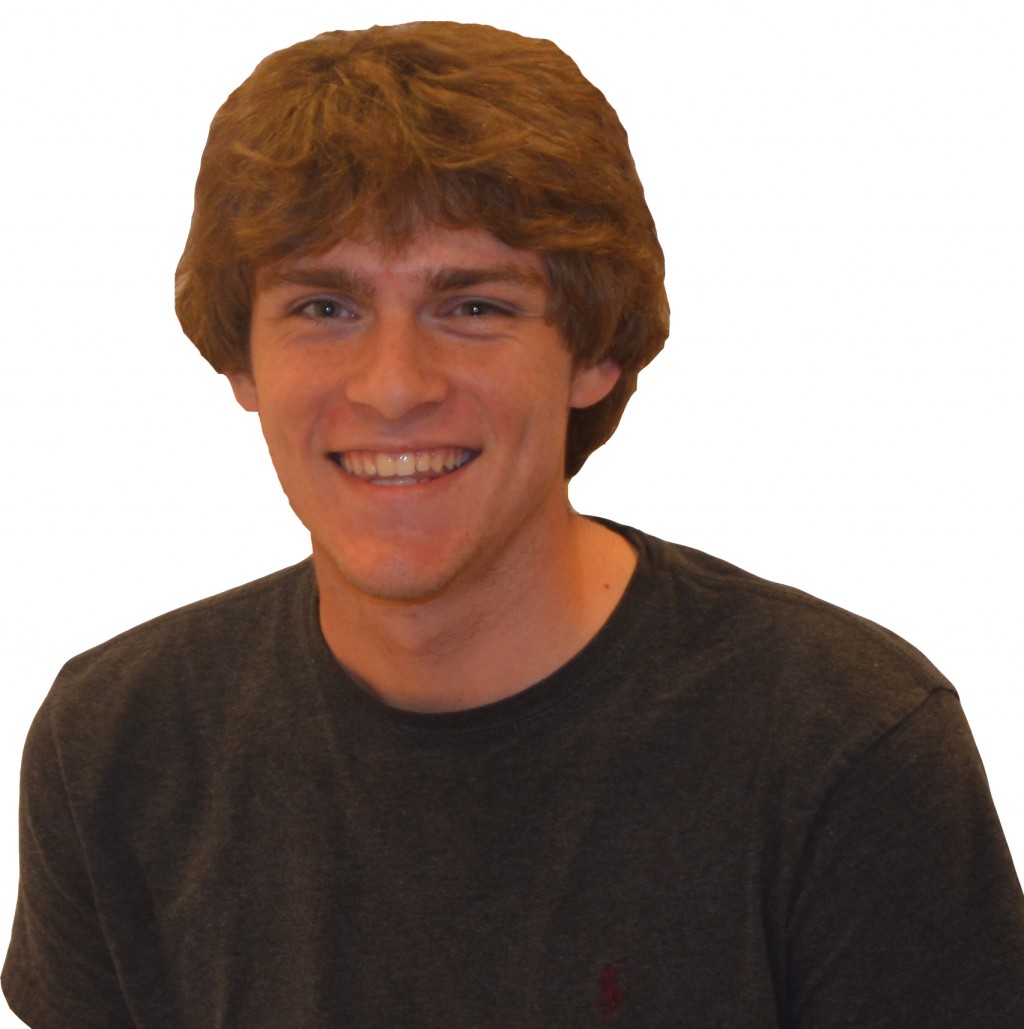 Jacob Lynn is the sports editor
for The DePauw. He is a sophomore
from St. Petersburg, Florida.

What a year its been for DePauw University athletics.

There was the disappointment of a Monon Bell loss and the excitement of another deep run in the NCAA tournament from the women’s basketball team.

We’ve seen the development of what could be a very successful football program for years to come, a dramatic improvement from both of DePauw’s young lacrosse teams and another successful year from the Tigers’ swim teams.

I’ve had a great time covering some of these teams for The DePauw this year and these are just few of my favorite moments from the court, field and track this school year.

1) Men’s basketball’s run through the conference tournament to the big dance along with Fenlon’s 500th career victory.

The Tigers didn’t exactly come screaming into the conference tournament this season. The Tigers dropped three of their final four games going into the tournament requiring them to win the championship in order to have any chance of making the NCAA tournament. The Tigers started off with a 79-75 double overtime win over Wittenberg University in the quarterfinals. The Tigers then upset top seeded Ohio Wesleyan University Battling Bishops in the semifinals while head coach Bill Fenlon earned his 500th career coaching victory. Then the following night, the Tigers knocked off The College of Wooster Fighting Scots to claim the crown and move on to the NCAA tournament. DePauw’s improbable run continued in the first round of the big dance when the Tigers defeated Washington University-St. Louis 83-73 on the road in the first round. The run that no one expected finally came to an end when the Tigers lost to Augustana College on the road in the second round of the tournament, however, when the dust settled the Tigers had won four straight win or go home games to close out their season.

On Feb. 21 the DePauw community came together in Neal Fieldhouse came together to wish an impressive senior class a farewell. Lauren Abendroth, Emma Ondik, Savannah Trees, Hannah Lukemeyer and Hannah Douglas played their final regular season home game and defeated the Battling Bishops 74-69. These five women were crucial parts of DePauw’s undefeated 34-0 national championship season in 2013. In their four years with the program, the women lost a total of only seven games. 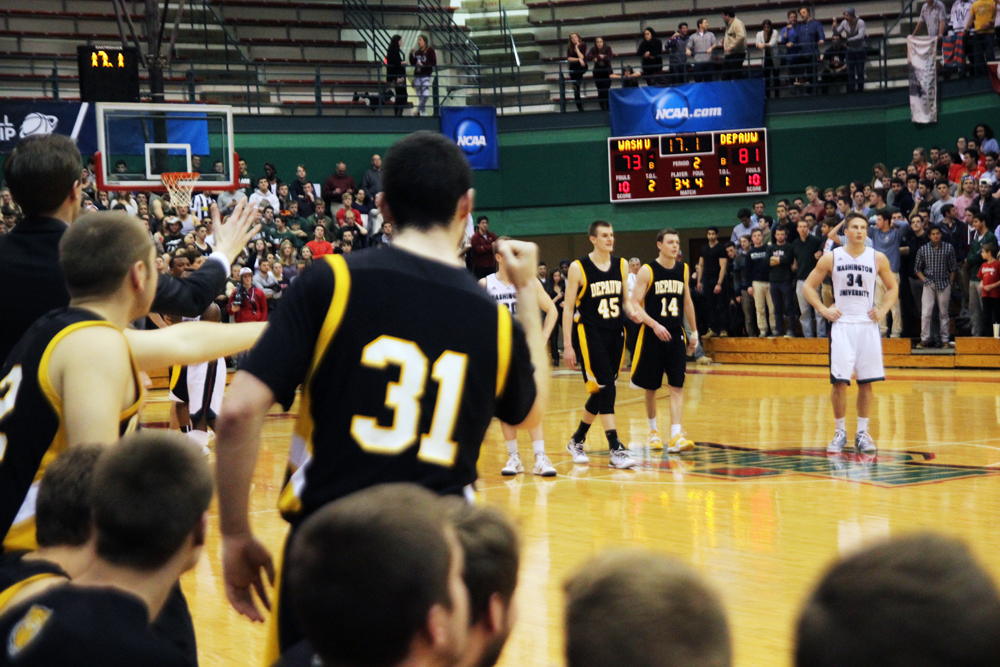 Sophomore Luke Lattner pumps his arm in excitment after
Washington University's Nick Burk received a technical foul with
less than one minute left in the game. DePauw shot down the
Wash U Bear's 83 to 73 as they moved on to the second round of
the NCAA championship tournament where they will
play Augustana College.
SAM CARAVANA / THE DEPAUW

The Tigers came into this game during Spring Break against the Panthers with a lowly record of just 2-7. That didn’t stop DePauw from taking it to the members of Division I’s Sun Belt Conference. The Tigers got all of their scoring done early in the game, pushing across the first five runs of the game in the first four innings. While the bats were working early for the Tigers, sophomore Michael Hammel was dealing on the mound. The starter worked 7.1 innings giving up eight hits and five walks but only surrendering two earned runs. After recording the first out of the seventh, however, Hammel gave up back to back singles and a walk to load the bases and gave way to first-year Tyler Holt who recorded the final two outs on a strikeout and a pop up. Sophomore Nick Horvath then recorded the game’s final three outs to secure the Tigers’ first win over a Division I opponent since 2003.

4) Marcus Dozier putting together a remarkable season for the track and field team.

Junior Marcus Dozier is running through the track and field schedule picking up titles and breaking records left and right. The junior has been a stud for the Tigers in both the shot put and the discus throw, winning titles in both events and collecting school record in the shot put. To cap off the first part of his season, Dozier went to the NCAA Division III Indoor Track and Field Championships and finished 10th in the shot put.

5) Women's tennis continuing their domination of the NCAC.

In April, the Tigers made it four straight conference championships, running through the conference tournament at Kenyon College with an impressive performance. The Tigers won all three of their matches against Wittenberg, Kenyon and Denison University without losing a single match. All in all, the Tigers won 17 matches over the three day tournament and advanced to the NCAA national tournament once again.