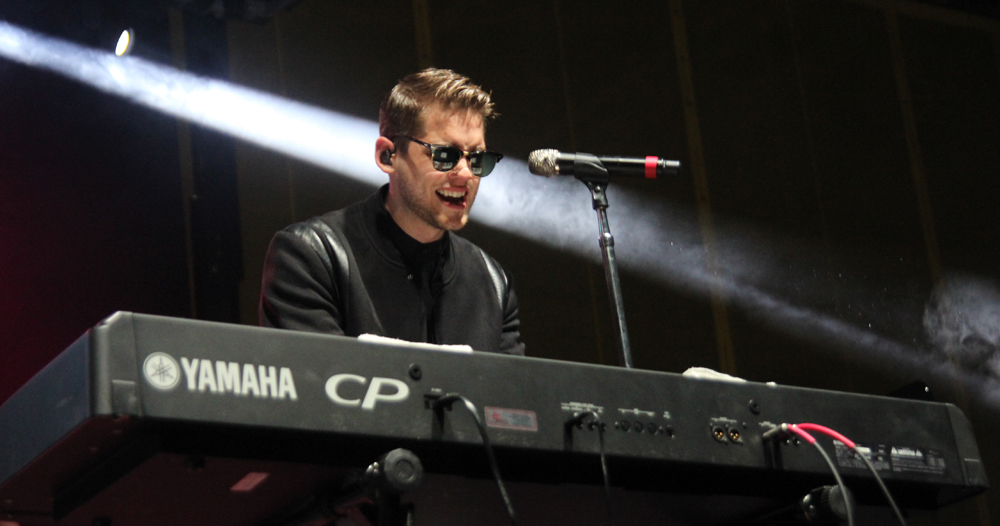 Tony Oller of MKTO plays the keyboard and sings
during the duo's performance on Friday night.
SAM CARAVANA / THE DEPAUW

Though more than 750 DePauw University students showed up to the MKTO Concert in the Lilly Center Friday night, many left before the group played its hit song “Classic.”

By the end of the concert, sophomore Carolyn Jedd was “shocked” at how many people had left the concert.

“I expected more students to show up,” she said.

But sophomore Kate O’Brien, the special events director for the Union Board, was happy with the turnout. She said students might have had to leave early for various reasons but she is glad people could at least stop by.

“It was a lot bigger than we expected because we haven’t really done it for a couple years,” she said.

O’Brien said this large student turnout makes it more likely that the Union Board will bring artists to campus in future years.

Sophomore Grace Anshutz hopes this is the case.

“I hope that the success of this event has Union Board bring other artists to campus,” she said. “I thought that they were awesome.”

Many students became frustrated that the group waited to play its most famous hit, “Classic,” until the very end of the concert, chanting the song’s title in between almost every song. Anshutz, however, thought this delay allowed more students to appreciate some of MKTO’s lesser-known songs and covers.

“The band only has a few popular songs so they played a cover of a new song as well as a timeless classic,” she said. “Waiting to play ‘Classic’ ‘til the end kept people there the whole time.”

Sophomore Keagan Angevin enjoyed the concert, but said that many people may have been disappointed with the band selection.