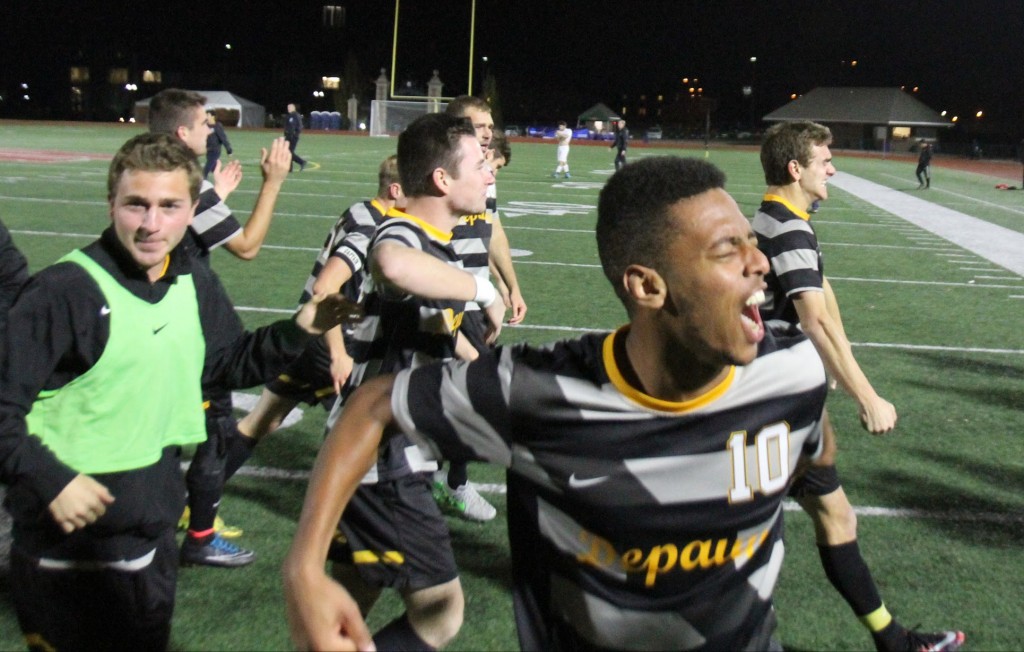 Over the weekend the Tigers travelled to St. Louis, Missouri to play in the first round of the NCAA Division III tournament.

On Saturday the team faced off against Westminster (17-3-0) and defeated the Blue Jays 1-0.  After a 24-hour turn around, the Tigers took on Washington-St. Louis (12-4-4) and barely clenched the victory in a tie-breaking shootout.

“This group is mentally tough,” said head coach Brad Hauter of the team’s efforts this weekend. “I mean really, really mentally tough and the bigger the challenge the better they respond and it was never more on display than this weekend.”

The first round game against the Blue Jays remained scoreless throughout the first half.

But in the 65th minute of the game, junior forward Julian Gonzalez scored the game’s only point off a header directly into the net. Senior midfielder Alieu Musa was credited with the assist.

DePauw’s defensive efforts enabled them to maintain their unanswered point and advance to the second round on Sunday evening against Wash-U.

When the Tigers took the field against the Bears, no one could have foreseen the exhilarating overtime conclusion the game would ultimately have.

The Tigers maintained the early 1-0 lead until the final minutes of the first half. Wash U player Grant Baites scored to send the game into halftime at a 1-1 tie.

Both teams fought hard, and although the Bears outshot the Tigers neither team was able to connect with the back of the net during the remainder of regulation play.

The scoreless stretch continued, as the game would go through two periods of overtime play without a goal. 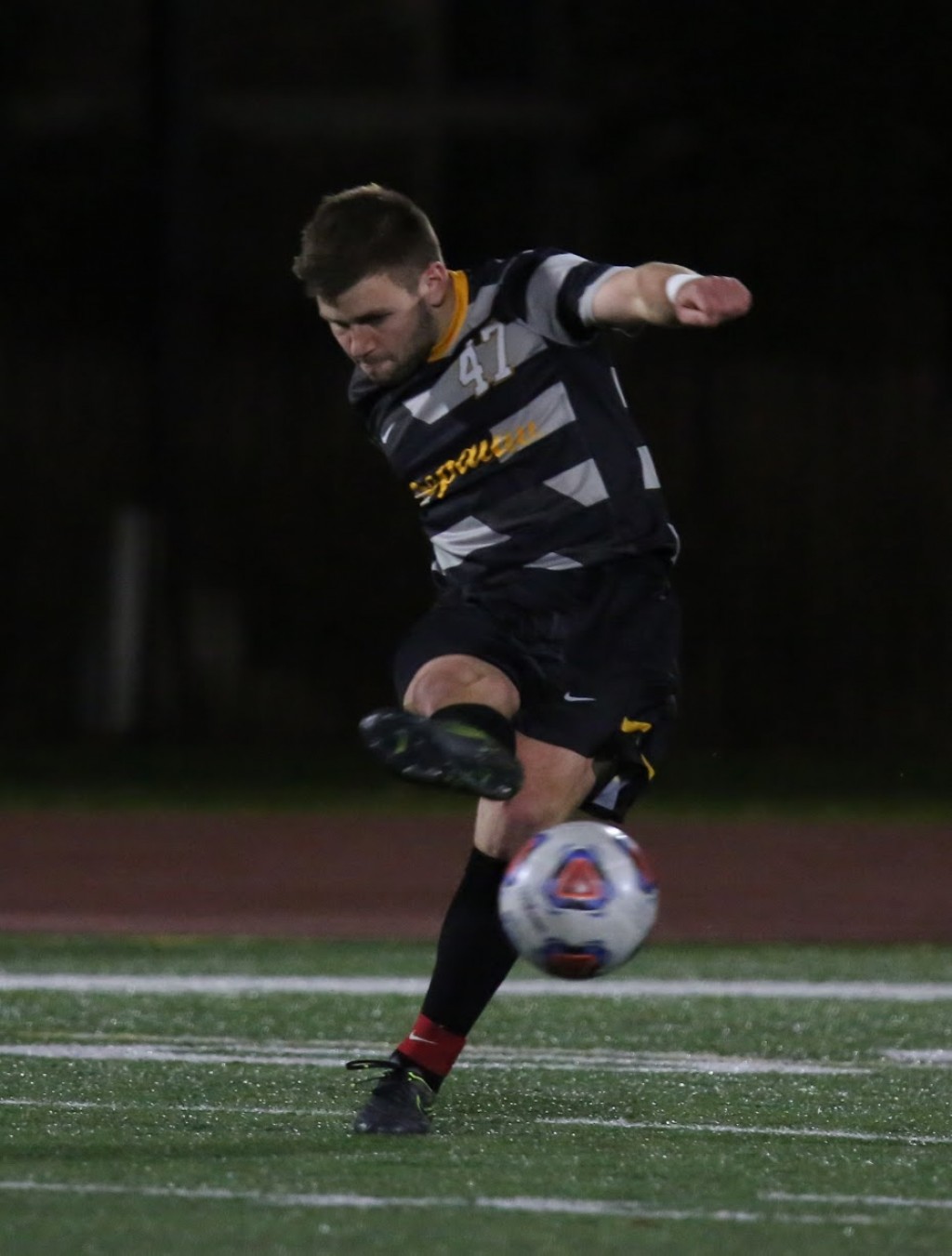 DePauw midfielder Mitch Reavis scored the first goal against
Washington during the second round of the Division III NCAA
Tournament on Sunday, Nov. 15 in St. Louis, Mo.
PHOTO COURTESY OF DEPAUW UNIVERSITY

This forced the game into penalty kicks. The first five kicks for the Tigers made it past the Bears' goalie. However the same rang true for the Bears.

As the number of shots made and shots saved stayed equal on both sides, DePauw sent their eighth kicker onto the field in the form of first-year midfielder Justin Mitchell.

Mitchell scored on his kick, and after Wash-U’s kick went wide, the Tigers were proven winners.

“It was a great relief once I hit my [penalty kick] and it couldn't have felt better that they missed on the next kick--ending the game,” said Mitchell. “Chris came up big saving their sixth kick keeping us alive, truly making it a well-deserved team win. It’s moments like those that you will remember for the rest of your life.”

The win was as a milestone for the Tigers, as no team in the program's history had ever before advanced to the third round of the NCAA Division III tournament. Despite the group of talented players on this season's team, the mindset remains the same.

“These games weren't games where we could rely solely on an individual but needed 110 percent from every person out there,” said first-year midfielder Justin Mitchell. “In the end, it paid off and we got the wins.”

The team is looking ahead to this weekend, when they will be taking on Loras College, whom the Tigers defeated earlier in the season.

“We just need to keep rolling,” said Yount, who recorded both wins in goal with a combined total of seven saves over the weekend. “We are playing our best soccer all over the field right now so we want to carry that momentum into Iowa this weekend.”

The men will travel to Iowa on Friday to play the Duhawks in the NCAA Sectional Semifinal at 5 p.m. CST.