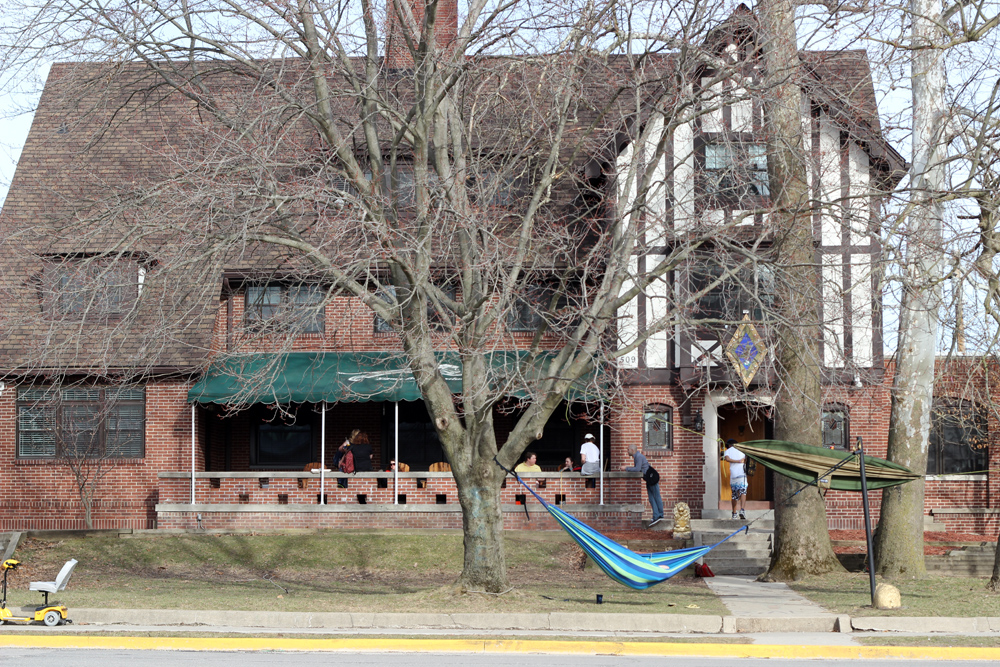 The email read: "Based on recent actions and/or behavior following your suspension from the Indiana Delta Chapter, the Indiana Delta Alumni Commission has found you to be in violation of Fraternity Law, specifically conduct unbecoming of a gentleman and conduct prejudicial to good order and discipline. With such, the Alumni Commission has moved to expel you from Sigma Alpha Epsilon Fraternity."

"Therefore your membership rights in Sigma Alpha Epsilon have been EXPELLED indefinitely," the email continued.

Murphy continued to explain the repercussions of the members' expulsion, such as their disaffiliation with the Fraternity, as well as all of their rights and privileges of membership. The members are, however, "not released from the pledge of secrecy given at the time of your initiation." The members are required to surrender their badges, certificates of membership and membership cards.

The email concluded with the steps to appeal the expulsion, if desired, wherein the members would send a "Letter of Appeal" addressed to the Supreme Council by May 18.

Brandon Weghorst, the associate executive director of communications for Sigma Alpha Epsilon Fraternity, emailed Nationals' official statement to The DePauw. It read, “Sigma Alpha Epsilon’s chapter at DePauw University has been closed for no less than two years as a result of members’ health-and-safety violations and their inability to adhere to the national organization’s standards and expectations. In addition, the members of the chapter have been expelled by the alumni commission, which means they are no longer brothers in the fraternity.”

The statement continued to describe the Fraternity’s zero-tolerance mentality “for any actions or behaviors that are not consistent with our mission and our creed, ‘The True Gentleman.'”

Lastly, Nationals said they hope to eventually re-establish the chapter at DePauw “with a group of men who exemplify our beliefs and who serve as leaders and role models on campus.”

According to Bradshaw, this whole issue began the morning after bid night, in which six members of the chapter's alumni commission, none of whom were actual DePauw alumni, separated the new members from the active members.

"They told us the bids we gave out were invalid and that all of our ACTIVE membership statuses were tenuous, at best," Bradshaw said.

Bradshaw expressed the members' surprise, calling this information an "ambush, if you will." According to sophomore Aaron Orr, the Financial and Housing (F&H) organization had planned this cease and desist order since November. He then questioned why they would allow the chapter to continue through recruitment and concluded that it must have been for financial gain.

"F&H was not making enough money for their liking so when they noticed only six gentlemen came back for bid night, they promptly scheduled a meeting for noon the day following bid night, at which time they not only physically threatened a brother saying, 'I will break your hands,' but also informed us that we were on cease and desist and we would have to submit to a Membership Review," Orr said.

"It took weeks for them to tell us why they were doing this, and even then their reasons were vague and unconvincing as to their severity," Bradshaw said. "We were told that the Membership Review really should have been two or three years ago, and basically they were just putting it off. Well, yes, it should have happened years ago, but was completely unnecessary in the present."

Nationals notified members of the cease-and-decist order and the membership review in early march. At that time, Weghorst released a statement to The DePauw, which read, "The Sigma Alpha Epsilon national headquarters has placed its chapter at DePauw University under a cease-and-desist order as a result of health-and-safety violations, which means the chapter must suspend all activity until further notice. In addition, staff and local alumni volunteers will complete a membership review, which evaluates the membership of each brother to ensure that our chapter men are living up to the mission, values and creed of the national fraternity."

The Membership Review required that the members take a hair follicle test, which all refused to take, believing it was an infringement of their rights. Consequently, nationals cancelled the interviews and placed the members on probation.

"They then proceeded to send a security guard to live in the house as well as the house mother, who they infringed upon the lease in hiring by not involving us in the process," Orr said. "We asked for assistance from the University, who have been very helpful and we are extremely grateful. They had negotiations with our Nationals and eventually had the house mom move out because she would do anything and everything to try to get us in trouble, which interfered greatly in our academic and social lives here at DePauw."

For a time, members were concerned about eviction and the inevitable search for university housing. They reached out to the Head of Fraternity Life, Nick Stepaniak, and the Dean of Campus Living and Community Development, Myrna Hernandez, to inform the university of the situation, "because SAE didn't tell them anything," according to Bradshaw. Both, he said, were very supportive and ensured that the members were not taken advantage of.

The men are allowed to remain in the house until the end of the semester, but will not be allowed back in afterward.

"As far as affiliation goes, this is it: we aren't SAEs anymore. We're technically not allowed to wear the letters and have to give back the 'gear' we were given upon initiation," Bradshaw said.

"Once they came and placed us on cease and desist, we all knew our time as SAEs was coming to an end," Orr said. He described the house's future as "an empty shell full of memories."

"None of us care about the organization," Orr continued. "We joined this house for the people, not the letters. At the end of the day, it's been a great experience and I don’t regret joining. I’ve learned the what a poorly run organization is like, and most importantly, read the lease before you sign."