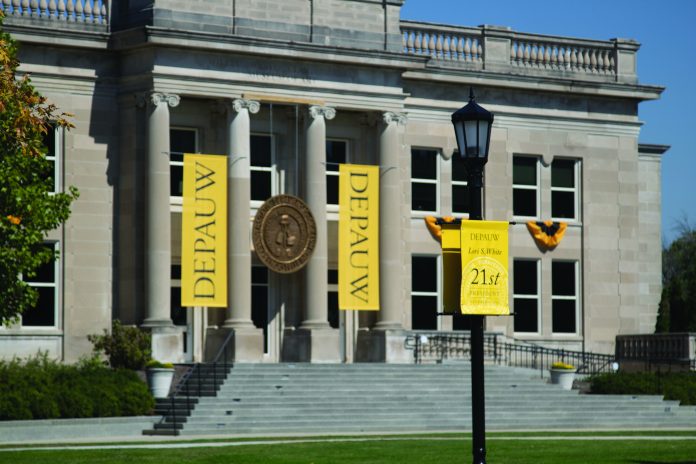 DePauw University’s 21st President, Dr. Lori S. White, will celebrate her official inauguration on Friday, Oct. 1 from 2-4 p.m. on the East College lawn. The theme for the inauguration is “Rise,” from Maya Angelou’s poem, “Still I Rise.”

“This theme will highlight community, connectedness, research, creation, and reflections on justice, diversity, equity, and inclusion,” Alan Hill, vice president of student affairs, wrote in an email sent to students on Thursday, Sept. 23.

The inaugural festivities will commence on Thursday, Sept. 30 with a 3 p.m. symposium in Kresge Auditorium, and continue throughout the weekend, concluding with a tailgate prior to the Old Gold football game on Saturday, Oct. 2 at 11 a.m., according to the inauguration website.

Classes after 1:40 p.m. on Friday are canceled due to the festivities honoring Dr. White, and students, athletic teams, Greek chapters, and student organizations are encouraged to attend the ceremony. Some first-year mentor groups are making attendance at the inauguration mandatory, according to first-year Sam Clayton. “I know very little about the history of DePauw or its past administration, so this is all hitting me at once and I’m assuming I’m going to find out a lot more at the inauguration itself,” Clayton said.

According to a poll on The DePauw’s Instagram account, 83% of students said they will be attending the inauguration while 17% said they aren’t.

“I don’t know much about the events that are planned, but I know that it’s kind of a big deal. [A DePauw presidential inauguration] doesn’t happen often, so me and my friends are excited to see it,” junior Madeline Harper said. Harper acknowledged that the delay of the festivities due to COVID-19 was frustrating to students, but she believes that it will enhance this year’s Old Gold weekend.