Tony Hulman, owner of the Indianapolis 500 Speedway, started many Little 5 races by driving his pace car around the cinder track at Blackstock Stadium. 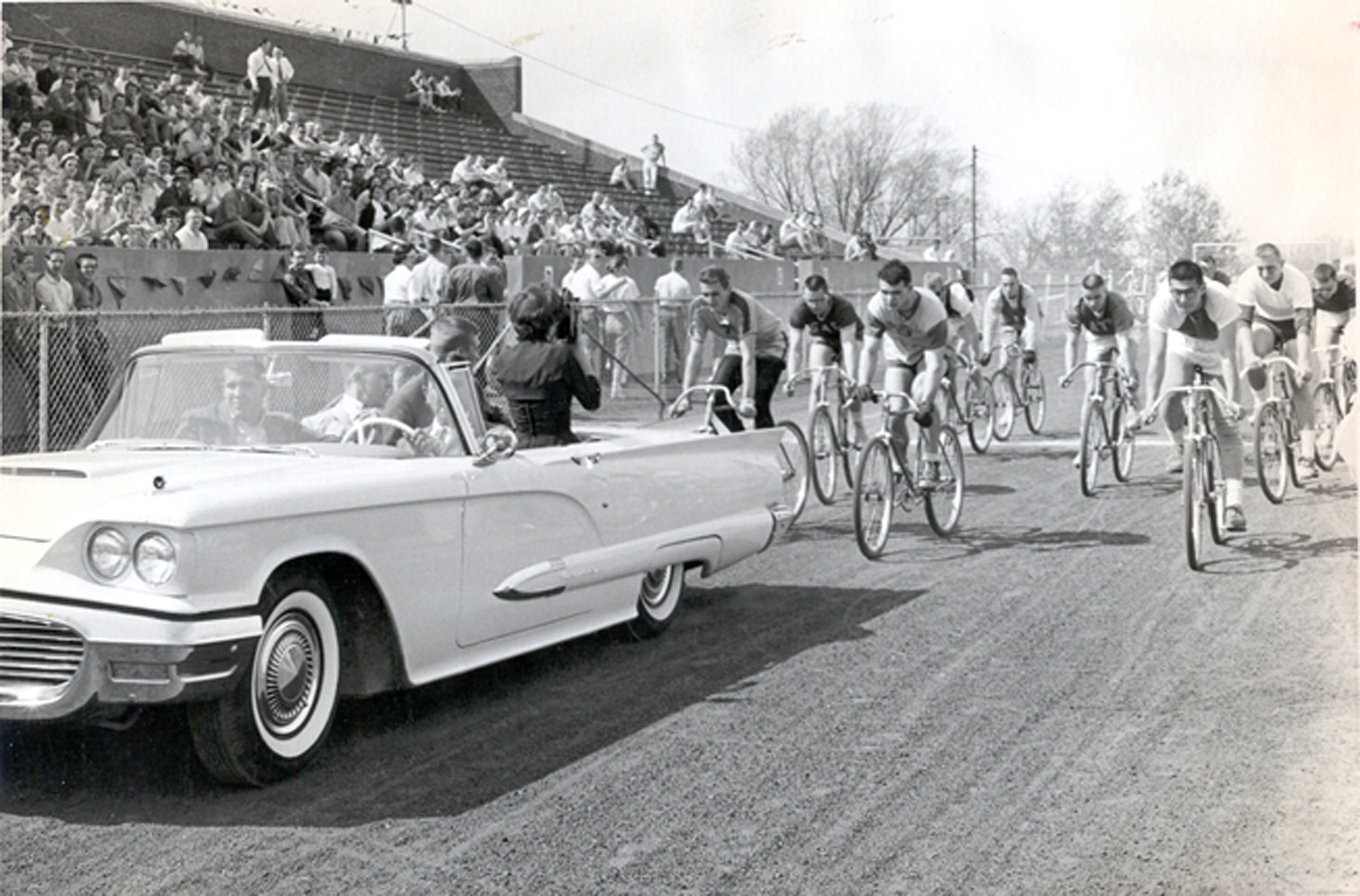 Tony Hulman, owner of the Indianapolis 500 Speedway, started many Little 5 races by driving his pace car around the cinder track at Blackstock Stadium. (Photo courtesy of DePauw University Archives)


1951 - The first Little 500, which gets its name from the Indy 500, was held at IU. An official Indy 500 race car led the first lap of the race for a number of years.
1956 - DePauw’s first Little 500. Students started it as a way to raise money for the American Cancer Society. Fourteen male teams raced, and Lambda Chi was victorious.
1957 - The race location moved from the streets of Greencastle to Blackstock Stadium.
1959 - Little 500 was covered by Life magazine
1966 - A Little 500 faculty race was held.
1968 - Students organized spirit competitions during the week preceding the race.
1973 - Mason Hall created a women’s team and entered the race.
1974 - REO Speedwagon performed to a full auditorium of DePauw students as a part of Little 5 week festivities.
1975 - A separate race for women’s teams is held for the first time.
1976 - First-year rider Pete Weaver is killed in a bicycle-car collision while training on a one lane country road.
1993 - First-year Eric Brewer road the race naked.
1997 - IU claims copyright of the Little 500, so DePauw changes the name to Little 5
1999 - Phi Kappa Psi fraternity member Justin Wallace was hit by a drunk driver while training with his team.
2006 - Alumni gathered to compete in the first ever alumni race.
2008 - Phi Gamma Delta wins the men’s comp, ending Delta Upsilon’s 14-year run.