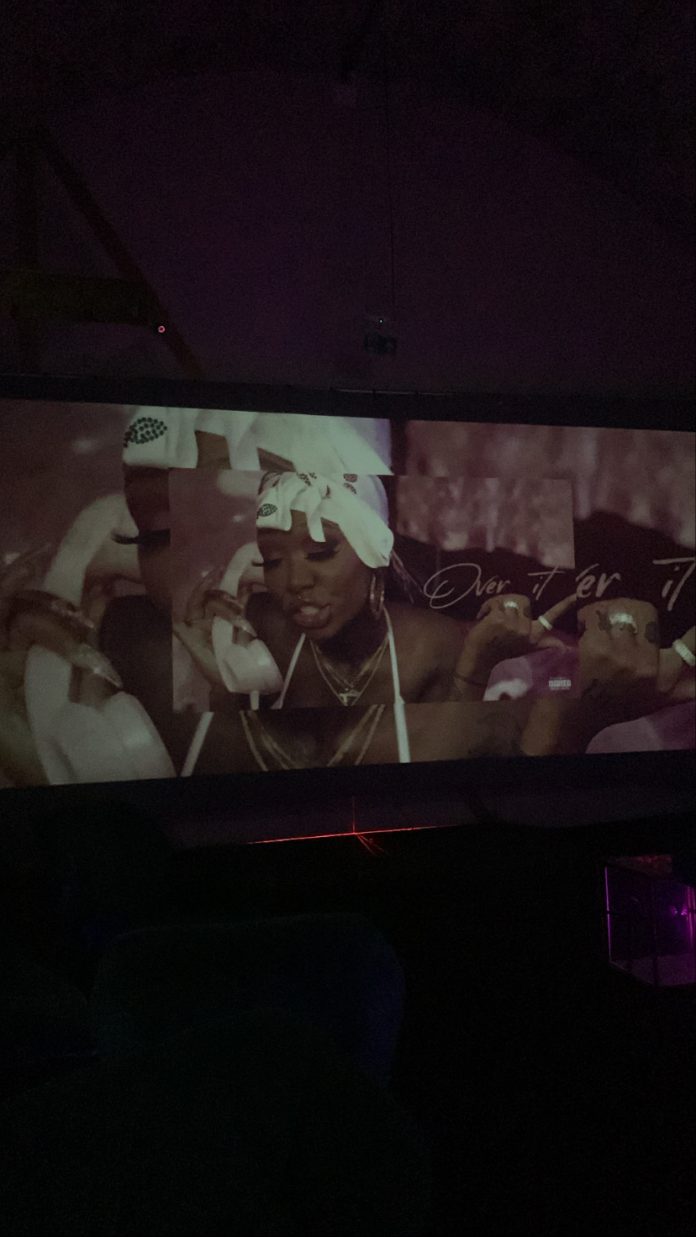 Listening and streaming to the earliest or latest album by a music artist is a pleasurable experience for anyone who has become a recent fan of the artist or is a complete newbie who only knows one or two songs by them. For a normal streaming experience, only one of the five senses is engaged. Here in London where I am studying abroad this semester, the BennyBoys and their Press-Play events take streaming albums to the next level with their multisensory album listening parties.

On Feb. 13, 2022, I had the opportunity to attend their Summer Walker “Over It” Multisensory Album Listening Party. Prior to the event, in an advertisement on Instagram, the event was described as the following: “Experience Summer Walker’s critically acclaimed debut album “Over It” in its entirety…in a way you have never experienced before.”

The BennyBoys Press Play multisensory parties work in engaging all of the five senses at once. What one can expect at these events is seeing special visual projections along with a light show, hearing world-class audio amplified through over 54 strategically placed speakers and subwoofers, smelling mellowing scents from Mystic Moments’ fragrances, tasting their signature cocktails or mocktails, and lastly, feeling spine-tingling subpac haptic vibration from seat-packs.

For the “Over It” Listening Party, inspired by the  Valentine’s Day season, the atmosphere was moodily highlighted with accents of purple lights and red rose petals working to brew romance between couples and friends alike through a passionate night of singing Walker’s iconic songs such as “Playing Games” and “Girls Need Love”.

Prior to the event’s start, listeners were encouraged to get their beverages early and to experience the vibrations from the seat-packs over the course of the streaming of the album. At the start of the listening experience, visual projections were thrown on three walls, one at the entrance of the venue and two on each opposing wall of the room.

The majority of these projections were from visuals and visualizers from Walker’s music, lyric, and live performance videos on YouTube edited together by the BennyBoys. For songs that lacked a visual or visualizer from Walker, the introduction of anime clips and movie footage was used for certain songs in the album such as “I’ll Kill You (feat. Jhene Aiko)” and “Anna Mae”.

This experience was truly once in a lifetime, and I will definitely keep on the lookout for their events as my London stay continues. When I make my return to the States, I do not know if any listening party will be able to top the experience I had at the Aures London.