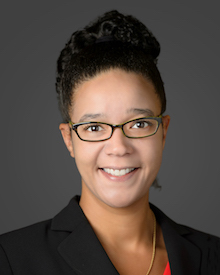 President Mark McCoy announced the departure of Renee Madison in an email to faculty and staff earlier this month. Madison, who served as the Senior Advisor to the President for Diversity and Compliance and as the Title IX Coordinator, has moved to a new position as the Director of Human Resources for the City of Indianapolis.

As a result of her absence, Madison’s several responsibilities have been split up: Her role within human resources has been picked up by Vice President for Finance and Administration Bob Leonard, her role within diversity and inclusion will be handed off to a new chief diversity officer, and Alan Hill, Vice President for Student Academic Life, will serve as the interim Title IX Coordinator until the position is officially filled.

Throughout her time working at DePauw, Madison believes that, while there is a long way to go, DePauw has made strides regarding diversity and inclusion. “I think that campus as a whole— students, faculty and staff— have become much more intentional about education, training and listening to historically marginalized communities and recognizing institutional barriers,” Madison said.

As Director of Human Resources in Indianapolis, Madison partners with the city’s county agencies in regard to their staffing, retention and employee development. “I’m looking forward to furthering fiscal responsibility for our taxpayers, as well as intergenerational poverty and contributing to and providing a healthy and safe community for the city of Indianapolis," Madison said.

Madison’s new role shares many similarities to her previous position at DePauw, including supervising a human resources team and working towards improving culture.

In a letter to faculty and staff sent Apr. 18, Madison reflected on her time as a student at DePauw. “I did not always find that it was easy to be a student at DePauw. However, I was academically, socially and emotionally challenged in ways that I could never have imagined,” Madison said. She went on to share her appreciation and thank her colleagues.

“I have had the privilege to work alongside some incredibly talented faculty, staff and students,” Madison said. “But more than anything, [I’ll miss] building relationships and partnerships with those who just really love this campus.”