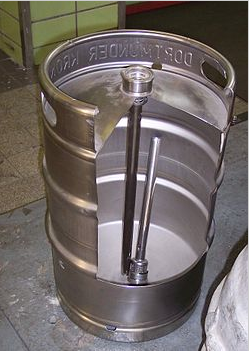 DePauw University has taken steps to reduce students high-risk drinking by installing several programs and groups on campus. Groups such as DePauw Gets Graphic, BACk Down, and CATS provide students with the resources to drink responsibly. However, informational programs and intervention groups do not necessarily eradicate the nature and culture of DePauw social life.

While these programs on campus are designed to educate students about responsible drinking, the programs do not always achieve the goal of preventing over-consumption of alcohol. The education of students is just one factor in prevention. There are more factors that go into a student’s decision to consume alcohol that must be taken into account.

One factor is the alcohol that is readily available for students at fraternities. Groups such as BACk Down, CATS, IFC and Panhellenic, and Student Government continually look for ways to promote safe and responsible drinking. However, these programs educate the student, but fail to factor in the accessibility to copious amounts of alcohol.

Currently, these programs are discussing options that promote a safer drinking atmosphere on campus. Preliminary conversations have begun, but there has been no push or movement for legislative change since Student Government passed a white paper in favor of appealing the ban on kegs in 2010 that was disregarded by the administration. These conversations have resurrected the issue regarding kegs that was brought to the administration in 2010.

“Administration is supposed to get back to us within 3-6 months but they never did,” said senior Ryan Pranger, the Vice President for Student Life.

Although it was ignored by the administration initially, President Casey said that there is a possibility administration will reopen the discussion in the upcoming school year.

“I got a white paper from student government a few years ago asking to bring back kegs, and we said not now, but now the question is, is this worth talking about,” said Casey.

The IFC President, CJ Cazee, suggested a reason why administration may begin to discuss the logistics of the keg ban.

“I think this conversation will be more serious this upcoming year because of the more attention hard alcohol is getting as a result of rising BACs,” said junior Cazee.

A student may be aware that one 12-ounce beer has the same amount of alcohol as a 1.5-ounce shot of hard liquor but may find it difficult to determine the alcohol content of a mixed drink. Unlike mixed drinks, a 12 oz. solo cup filled with beer will always have the same alcohol content.

When fraternities opt for kegs over cans, they are required to direct all people looking for drinks to one primary location. Thus, allowing members of the fraternity to monitor who is consuming alcohol and at what pace. It also gives CATS, students hired to monitor registered parties, a greater ability to determine students BACs and to intervene in overconsumption.

“The question is,” said Casey, “could you bring them back in a way that contributes to safer drinking on campus?”