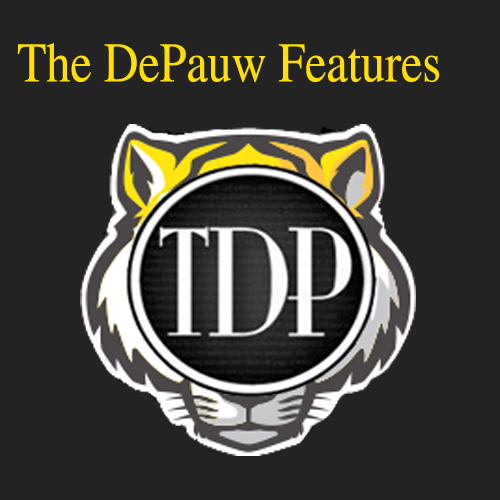 For first-years, adjusting to college life can be many things. It can be exciting, eye-opening and outright terrifying. But try to imagine what the experience is like for international students, a group that’s experiencing America through the eyes of a DePauw University student.

“As a first-year...I felt as if my first semester was a few months of mere confusions. [Many] events were taking place, and I could not wrap my head around one when another had already started,” said sophomore la Tserodze, who is from Tbilisi, Georgia. “After some time, I decided that I actually liked the lively and occasionally overwhelming campus lifestyle. So I decided to embrace and become a part of it, rather than hide and escape from thrilling opportunities!”

Despite international students like Tserodze who have become immersed in the school’s environment, there are others who are more hesitant to do so, which has become more and more noticed.

“There are times when international students don’t feel like they’re part of the… majority patterns on campus socially,” said president Brian Casey. “And you wonder if we’re doing enough to break those patterns down, if they need to be broken… I tend to be a very big believer in the power of the actual design of a campus to affect things. I think a year-and-a-half from now when we have a very large dining hall… there will be more chances for people to encounter each other. I think that’s going to be a very helpful thing.”

For the time being, DePauw is doing the best it can to reach out to international students.

“In general, there is a really relaxed feel at DePauw…which is comforting,” said first-year Opeyemi Animashaun, who came to DePauw from Ghana. “Anytime we are in doubt about anything, the ISS (International Student Services) office is a great resource with a lot of amiable faces ready and willing to assist you.”

But often times, adjusting to the environment of a college campus only serves as part of the process in immersing one’s self in American culture.

“I think a big aspect is just when you’re around people from another country and you see what things are valued…in this culture compared to mine…you get another perspective,” said sophomore Philip Horstmann, who is from Sweden. “Like when I’m in Sweden, I’ve had these values like…this is what I look up to…this is what I want to be like, and then you realize when you get over here that’s really not a universal thing.”

“Growing up, I had a lot of freedom from my family regarding my decisions. However, there were continuously certain norms that I had to adhere to,” she said. “Coming here gave me a chance to truly develop an idea of what I want to achieve in my life as a unique individual.”

Despite the challenges, it is all worth it in the end in the eyes of Associate Dean of Academic Life, Loutfi Jirari.

“I…believe in the value of what these students are bringing to DePauw,” said Jirari. “They add something to the process…They communicate in class, they share their own ideas…it helps our domestics students…hearing a point of view that might be different than what we hear, seeing how other countries are doing their processes, their systems.”

Regardless of these transitions, there are some things here that never quite change.

“One thing I cannot get use to is how unbelievably cold it gets here,” said Animashaun.