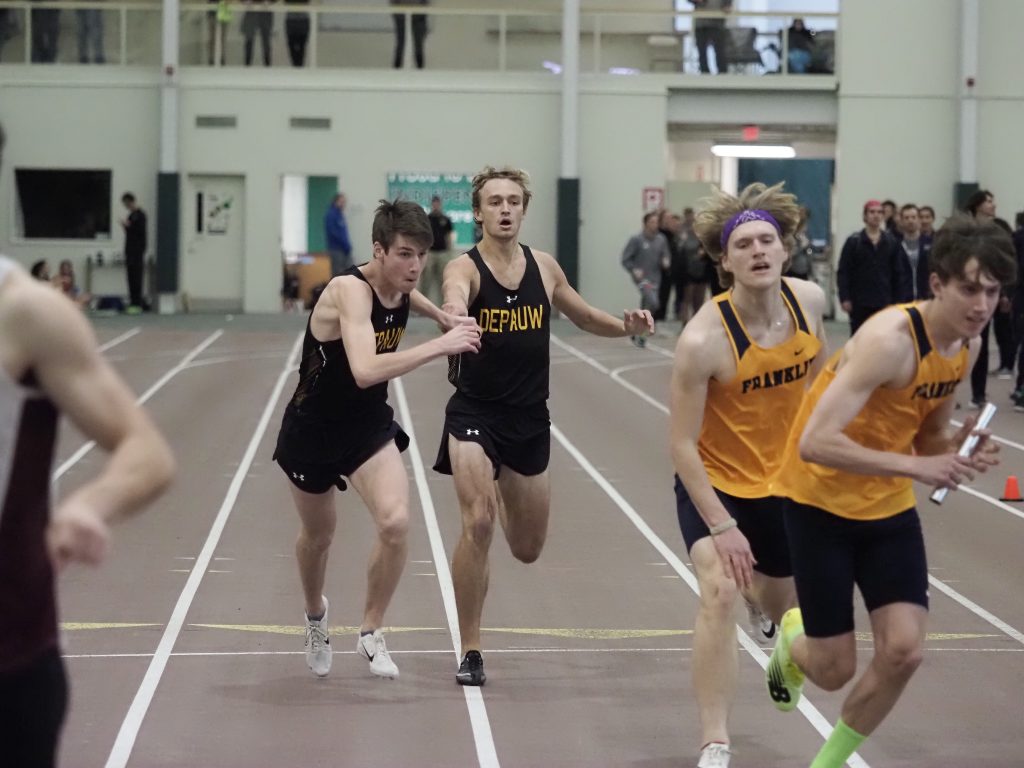 Photo by the Office of Athletic Communications

The men’s team was led by Ford Baker, Zane Williams, and Callaway Bird who earned all-conference honors in their respective events. Baker and Williams placed second and third in the 3,000 meters with times of 8:42.77 and 8:51.75 respectively. Bird placed third in the 800 meters with a time of 1:59.17. Other notable contributors for the Tigers were Michael Ocasek who placed fourth in the mile (4:24.84), and Evan Manges who tied for eighth in the high jump (1.76 meters).

“Overall, I thought the team ran pretty well, I know some people would have liked to have done better, but I think it was a pretty good end to the indoor season,” said sophomore Chris Bailey.

The women’s team was led by Erin Pasch who earned all-conference honors for her second  place finish in the pentathlon with 3,036 points. The Tigers had three scorers in the mile led by Rachel DeLancey in fifth (5:23.96), Erika Marchant in sixth (5:25.49), and Jenny Noll in eighth (5:29.13). The 4x200 relay of Charlotte Borlant, Grace Truax, Seelye Stoffregen, and Erin Pasch placed fifth with a time of 1:51.81.

“It was a really good finish to the indoor season, especially with so many people having personal records this weekend,” said Stoffregen, “but we’re all really excited to get into the outdoor season.”