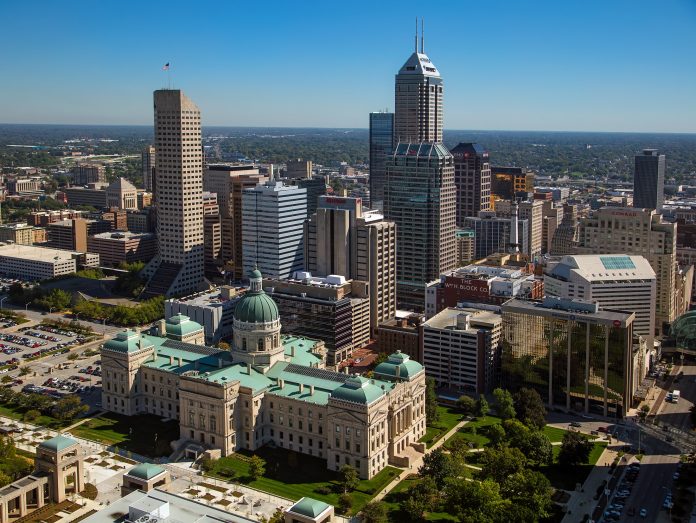 The Indiana Commission for Higher Education (CHE) reported a decrease of 2.6% in undergraduate enrollment in fall, with only Indiana University Bloomington and Purdue West Lafayette seeing increased numbers. As of now, only 59% of Indiana residents are enrolled in college, bringing the state to its lowest point in more than 10 years.

According to Allison Kuehr, communications and public relations manager at Indiana Commission for Higher Education, the decrease in undergraduate enrollment is a nationwide trend that has affected Indiana most drastically.

The Indiana Commission for Higher Education researched the decrease in enrollment by sending out surveys to high school students. The research concluded that the value of higher education is being questioned now at a much higher rate than it has in the past due to the increased cost of attending college. Furthermore, many students do not want to take on the burden of student loans to attend college because they can make an immediate financial impact on their lives by accepting a minimum wage job. According to the CHE’s research, there are a plethora of negative messages about post-secondary education that impact the decision-making process of high school graduates on whether or not they want to go to college.

“When you go on Twitter or Reddit, you keep hearing from people who have had negative experiences in higher education, particularly, those who are in massive student debt. There are positive stories too but unfortunately, the negative ones are so much louder,” Kuehr said.

The goal of the CHE is to amplify positive voices, address students who are skeptical about higher education, and reassure those who are wanting to go to college so they can understand the value of college.

Emma Nguyen, 20, from Fort Wayne, IN, decided not to pursue higher education.

“I do not know what I want to do career-wise so I did not want to take out loans when I do not have a clear-cut path of what I am going to be doing in college. I think going to college is not a financially smart decision unless you want to become a doctor, lawyer, or engineer,” Nguyen said.

Nguyen does not know if she will ever pursue a college degree and she does not want to go into medicine, law, or engineering only because those fields offer job stability. Instead, she is thinking of following a cheaper, non-traditional path: trade schools. She notes that four-year universities are too expensive for many Americans and encourages increased dialogue on non-traditional career options.

“High school graduates want to hear stories from people who are like them; for instance, students who may have had to take student loans out but because of higher education, they have a high paying job and are able to make student loan payments and live a fulfilling life,” Kuehr said.

The decrease in numbers has been exacerbated by the economic impact of COVID-19. In particular, many students left higher education to provide child care for their families. Some decided not to pursue post-secondary education because there were many job openings available. As a result, high school graduates were able to find a job without having to take on higher education.

In addition, there are gaps in college-going rates depending on students’ race/ethnicity, gender, socioeconomic status, and geographic location compared to the statewide college-going average of 59%. According to the CHE, 49% of Hispanic/Latino students and 50%of Black students are enrolled in college compared to 61% of white and 73% of Asian students. According to Kuehr, this trend can be attributed to income inequality among Black and Hispanic communities. In particular, Black and Hispanic students are more likely to come from low-income households, which automatically puts them at a disadvantage.

In particular, schools in Hamilton County have more funding. As a result, they have more resources for test preparation, early college credit, and dual credit which prepare students for college-level coursework. La Grange County schools do not have nearly as much funding to provide their students with the resources they need for post-secondary education.

To close the college-going gap, the state of Indiana offers the 21st Century Scholarship, a family income-based scholarship and college prep program that provides up to four years of tuition. According to the CHE, 21st Century Scholars have a higher college enrollment rate of 88% than their high income and low-income counterparts, which is 64%, and 35%, respectively.

As part of the scholarship, students have to complete the Scholar Success program in high school. The program helps students file the Free Application for Federal Student Aid (FAFSA), a form used to determine financial aid eligibility, and provides them with resources for career success.

“The 21st Century Scholarship program is transformative for low-income students. It is the only program in Indiana that can close all the achievement gaps across all races, ethnicities, and socioeconomic status.” Kuehr said.

According to Kuehr, a decrease in filing numbers for the FAFSA may indicate continued declines in enrollment numbers.

“In order to increase enrollment, colleges need to focus on personalized outreach and provide extra support for low-income students, which is essential for them to persist in higher education,” Kuehr said.