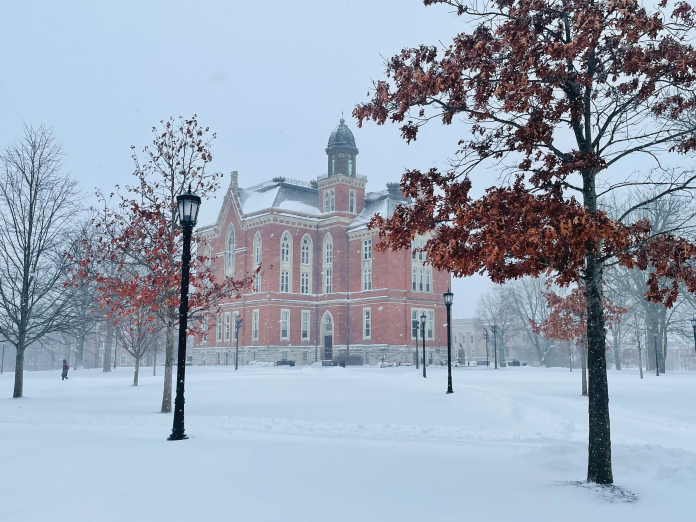 DePauw university offices were closed due to inclement weather from Wednesday, Feb. 2 to Friday, Feb. 4. All classes were moved online and professors were advised not to travel to classrooms.

Students expressed mixed opinions regarding the cancellation of in-person classes. Some appreciated this decision as it was out of concerns for professors and students’ safety.

“They're looking out for the students and the professors, especially the professors because of [the travel conditions],” sophomore Cameron Wallar said.

First-year Maia Casterline said that although most students live on campus and commuting is not an issue for them, “professors would need to drive here for the most part, and students with disabilities or accessibility would absolutely need to stay home.”

Casterline added that if in-person classes resumed, there would have been many injuries because of the ice. Sophomore Emily Scharf was also concerned about the thick amount of ice on campus grounds.

"I have seen many people slipping on ice and it's still a bit of a problem. Canceling was the right thing to do,” Scharf said. 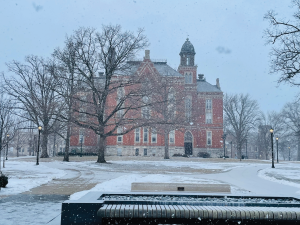 However, some students thought that the cancellation on Wednesday was unnecessary. According to senior Joanna Berry, the lack of inclement weather was that it mostly rained and the temperature did not drop on Wednesday.

“[Canceling in-person classes on Wednesday] is absolutely valid even if students were able to go to class in the rain. If the temperature started dropping around the time [professors and employees] went home, it would certainly be a risk,” Berry said.

Junior Chien Dao also said that DePauw has seen heavier rain in the past and students could have come to class on Wednesday. But he appreciated DePauw taking precautions because the school could not know how serious the weather would be.

According to Angela Nally, Director of Human Resources, the decision to cancel in-person classes involves the Facility Management leadership, who determines the ability to maintain safe passages on campus and clear parking lots for those commuting to and from campus. The decision was also based on travel advisories and forecasts.

“The decision makers take in all the information that they have at the time and strive to give as much notice as possible for those that need to transition to virtual platforms. The timeline for the change over to freezing was later than originally expected, however we knew that we didn't want a transition mid-day,” Nally said. 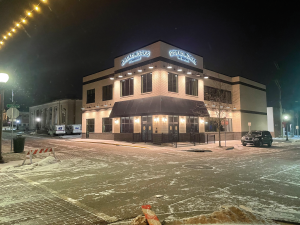 Aaron Slater, manager of grounds & landscaping, commended DePauw’s decision to cancel in-person classes because that enabled the groundskeeping team to focus on clearing more important areas, such as Hoover Dining Hall, the Union Building and the residence halls. According to Slater, those areas were deemed more important since students needed to go get food and mail.

“We didn’t have to worry about academic buildings since there were no classes. That gave us the opportunity to clear more of the parking lot areas and main sidewalks,” Slater said.

As of Feb. 10, the snow removal process had lasted for eight days and was still continuing. The process was frustrating, according to Slater, due to the fact that the wind kept blowing and made the already plowed area covered in snow again. “It was just trip after trip after trip to get sidewalks passable,” Slater said.