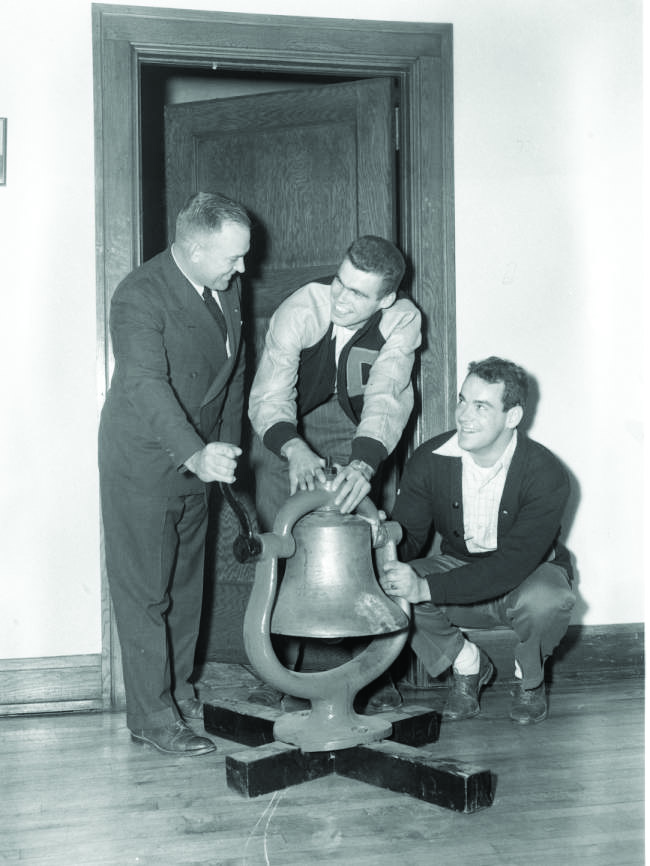 On one special Saturday each November, DePauw University and Wabash College face off in one of oldest and most colorful rivalries in college football history. Since 1890, DePauw Tigers and Wabash Little Giants have faced off 126 times with Wabash leading the series, and this Saturday will mark the 127th time this rivalry will blaze on between the two schools.

Brett Dietz, DePauw’s head football coach, explained more about how this rivalry could have fostered between the two schools over the years as the annual game would come around.

“The rivalry obviously [goes] back years and years. There used to be fights at the games, and it used to be a lot more physical, a lot less cordial, and things like that. I think the reason the rivalry means so much [is because] both schools are really, really close. [To] go back to 1890, to have two colleges really close to each other was pretty rare, and that’s why the rivalry became so big and kept going,” Dietz said.

The teams do not only play for school pride, but also for the possession of the Monon Bell, the trophy that goes to the winning team. According to DePauw Athletics, the idea of the trophy originated in a letter sent to Mr. Bill Fox, the then sports editor of The Indianapolis News, from DePauw alumnus Orien Fifer ‘25.

According to DePauw Athletics, the famous Monon Bell did not enter the famed series until 1932, and according to the DePauw record books, the debut of the bell went as such:

“In a chapel pep session the day before the DePauw-Wabash game, the Monon Bell was presented by Russel Alexander, the DePauw publicity director, as the official DePauw-Wabash trophy for football. It was to be presented every year to the winner of the traditional battle. In case of a tie, it remained with the previous winner…”

According to Dietz, the Monon Bell serves as more than a trophy between DePauw and Wabash but as a symbol of pride for both schools.

“The Monon Bell is a symbol that means a lot to both schools. It’s important [because the schools] win the Bell for the next 365 days. I think the Bell can become a symbol of school spirit...It can be a symbol of pride and unity, and I think that’s why both schools want to win the game to have the bell on campus,” Dietz said.

This school pride and shared spirit is celebrated differently at both institutions, according to Dietz. He sees a clear difference between the schools in the sense of its availability and display to DePauw and Wabash students.

Dietz said, “We have the Lily Center so [students] can ring it anytime they walk by. That’s a little bit of a difference [between] us and Wabash. Wabash puts it up high where no one can touch it, and [DePauw] has it on ground level so anyone can come by and ring it."