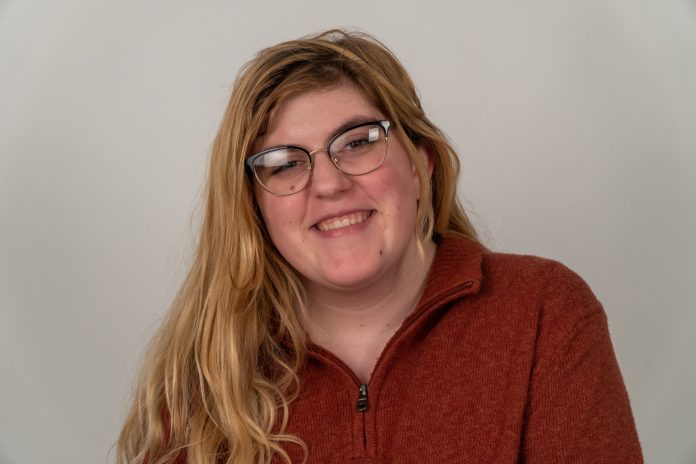 In recent years, Halsey has moved from an indie-girl, Tumblr musician to an unwilling pop superstar. She has become somewhat of an enigma— her newfound fame has obscured her personality, which fans can only catch a glimpse of within her past concept albums. But her third album, “Manic,” sheds the pop-facade, completely baring her inner thoughts and flaws to her listeners.

“Manic” is, in a word, messy. It jumps from genre to genre, from mood to mood, encapsulating all the ups and downs of Halsey’s mania (she was diagnosed with bipolar disorder at age 17). It’s a fantastic album for someone who’s going through it but is tired of always going through it.

But “Manic” is also a reflection of her reaction to fame. In an Apple Music interview, Halsey said that the album is a rejection of her earlier self, who “had to be composed” at all times, not allowing herself any room for introspection.

The best songs on this album are the outliers, even within this musical jumble of emotion. ‘Clementine,’ the second song on her album and a radio single that preceded the album’s release, is startlingly soft. You would expect an album titled “Manic” to be angry, selfish, and stereotypically crazy. However, Halsey departs from this media-driven idea of mania “to sit down and do a real self-reflection and self-inventory about, ‘what am I like when I’m manic,’” Halsey said in an interview with Apple Music. And what she found was a softer, kinder, emotion-driven woman.

The result is an authentic, touching song in which she bares her vulnerabilities. With lyrics like “I left my shoes in the street so you’d carry me,” and “I don’t need anyone, I just need everyone and then some,” Halsey reveals herself not as pop singer Halsey, but as Ashley Frangipane, a young hot mess from New Jersey with a “disaster” of a personal life.

‘You Should Be Sad,’ her fourth track, continues this breach of genres. With twangy guitars and a steady drum, it makes an attempt at country, although it does come across as a city star’s idea of what Nashville country should sound like. The song has some cutting insults– “You can’t fill the hole inside of you with money, drugs and cars” being my favorite– but she declares at the beginning that the song holds “no anger, no malice, just a little bit of regret.”

As the album moves along, Halsey continues to bounce between mindsets. While ‘You Should Be Sad’ is a quintessential breakup song, ‘I HATE EVERYBODY’ is an almost satirical look at Halsey’s romantic failures. With a light and airy sound, the verses come across as a little over-cerebral. Still, the self-analysis is what makes the song impactful– Halsey is entirely aware of how she self-destructs her relationships.

Her tenth track, ‘Finally // beautiful stranger’ is simply a love song. A retelling of the story of when she and Dominic Harrison (YUNGBLUD) met, Halsey calls ‘Finally’ a love song “without a punchline.” It’s her proof that she can end a relationship peacefully, that she doesn’t “fully feed off of tragedy” in her songwriting.

‘More’ is by far the most poignant song on the album. It initially reads as a breakup song, with lyrics like “I sit and I stare at your clothes in the drawer/ I cry and my knuckles get sore.” But in her Apple Music interview, she reveals that it was actually written about her struggles with endometriosis and her miscarriages: “It is a love song, but not to this romantic person,” Halsey said. It’s heartbreaking, but still hopeful, as it was inspired by the surprising news that she could have a chance at starting a family at some point.

The last song, ‘929,’ perfectly summarizes the album. The sparse instrumentals give Halsey space to lament everything from her relationship with her father to her feeling used to her nicotine addiction. Ultimately, it’s a confessional: as a listener, you don’t feel like Halsey the celebrity is complaining about her fame, but instead like Ashley is honestly working through her struggles with you as a confidant. A Billboard review said that “Halsey strips everything else away just to let the listener experience exactly what she’s feeling,” and in ‘929,’ this plain and intimate tone forces the listener to reflect on their own life as well.

Manic is a messy album to describe a messy life. It’s the perfect soundtrack from someone and for someone who is dissecting her problems but hasn’t quite figured herself out yet. As Billboard said, Manic “is what happens when the Manic Pixie Dream Girl is finally given agency over her own story; it’s messy; it’s complicated; it’s melodramatic.”