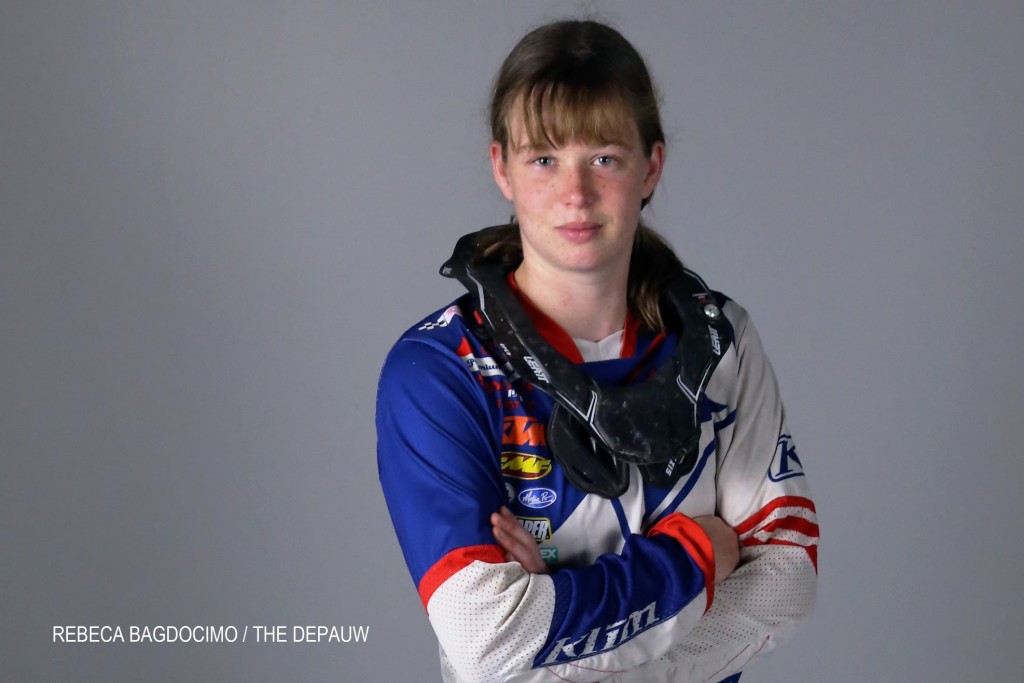 For the fourth time in her young career, the talented sophomore track and field pole-vault star was pursuing her other, lesser-known talent in Endurocross abroad.

Gutish had been previously picked to represent the United States in the International Six Day Enduro (ISDE), an event that’s been around for over a hundred years.

“The race itself is definitely one of my favorite events of the year,” said Gutish, who’s been riding professionally since age 15. “It’s not every day that you get to go overseas and ride professionally in such a publicized venue.”

For those unfamiliar with the sport, Endurocross is an off-road motorcycle competition that consists of a race filled with obstacle courses. ISDE has become one of its biggest international spectacles of the year.

The event consists of one race spread out among six days, with competitors racing anywhere from 160 to 180 miles each day.

“One part of (the race) is similar to the Tour de France where you have checkpoints (and) you have a certain time you have to be (at) the checkpoints based on the time you started,” said Gutish. “If you’re late, you get points. It’s like golf (in that aspect).”

“How fast you can go and how hard you can ride is really what determines who wins. But you also have to have enough endurance to finish the day.”

But the actual racing isn’t the only energy consuming activity of the day. Competitors are responsible for doing all the mechanical work on their bike. If anyone besides a course marshal in designated spots is seen touching a competitors bike, that competitor is automatically disqualified.

But while the physical work may have been exhausting for Gutish, school was still in the back of her mind.

In past years, the ISDE had happened later in the school year, giving Gutish enough time to get ahead with her work. But this year’s ISDE took place place in mid-September, which made for an interesting first impression on Gutish’s professors.

“In previous years, I had been able to establish a good, working relationship with the professors before I left,” said Gutish. “This was more, ‘hey guys, nice to meet you, see you in two weeks,’ which isn’t really the best way to get started on a [school] year.”

Nevertheless, Gutish mad the most of it, emailing her professors in advance and finishing the homework in her hotel room, even when she could feel the utter exhaustion from racing start to settle in.

But while many students would be intimidated by Gutish’s schedule, it’s almost become a lifestyle for the two-sport athlete at this point in her DePauw career.

“I won’t lie: it’s hard to make school and racing--and track, on top of all of that--work," said Gutish. "But here, the coaches are so understanding of it. They’re like, 'well, we’d rather have you here some of the time than not at all.'”

“Rachel balances her time better than anyone I have ever had,” said Stoffregen, who has coached at DePauw since 1996. “She is an outstanding student, and makes her busy schedule work.”

As part of the Women’s World Trophy team at this year’s ISDE , Gutish and her fellow teammates placed seventh overall. The finish marks a huge improvement over Gutish’s first year at the event in Germany, where she crashed and hurt herself as a 16 year old, disqualifying herself from the race.

Now, Gutish is back in the U.S., racing every weekend under her sponsor, FMF/RPM/KTM racing team, a group based out of Washington.

With Gutish only being a sophomore, it will not only be interesting to see her progress as a pole vaulter in track and field, but also as a competitor in the world of Endurocross.