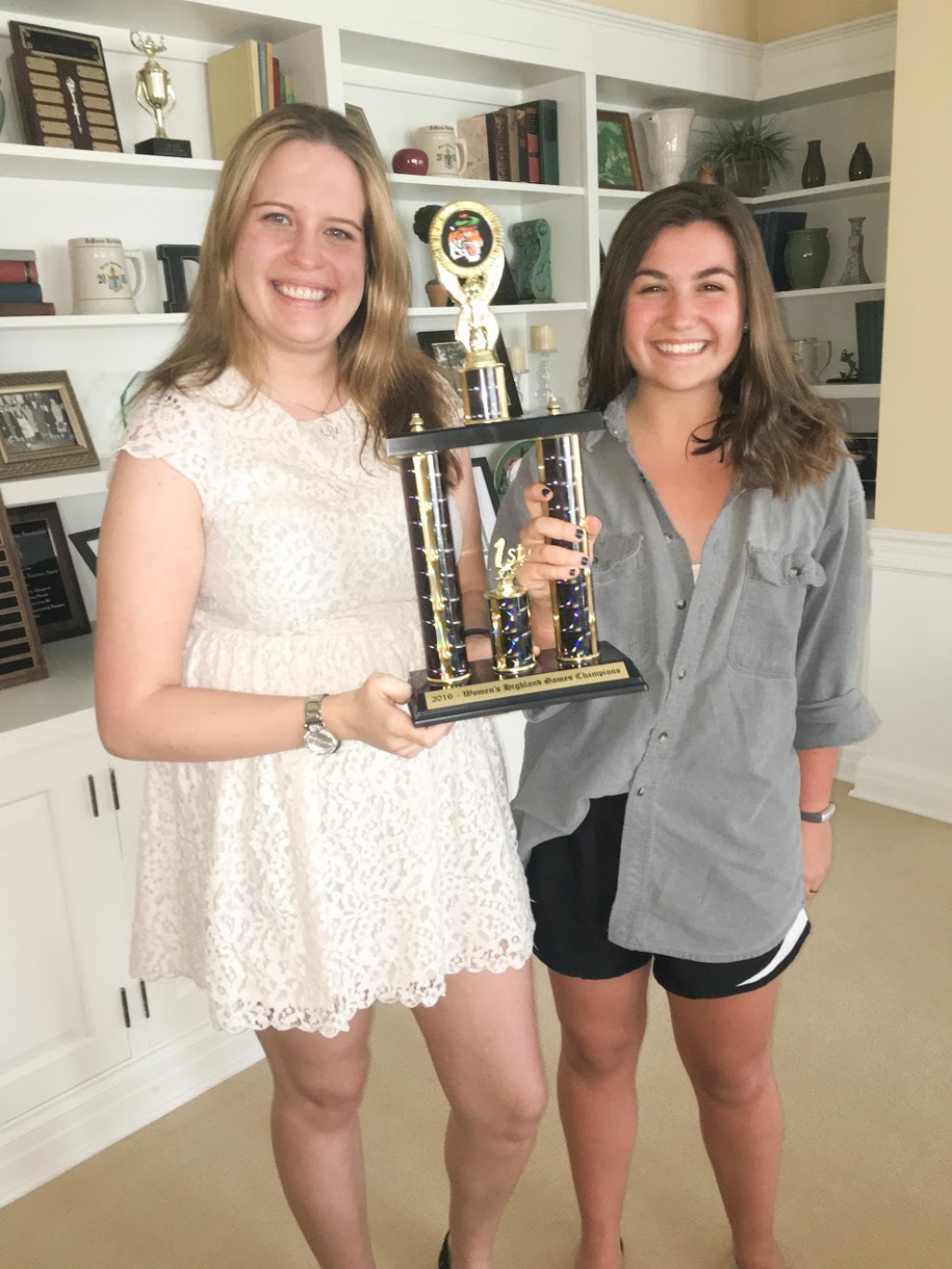 DePauw School of Music and Athletic Department worked together to host the first annual Highland Games at the Indoor Tennis and Track Center on March 10. Teams of five competed for the champion title in a series of five Celtic-themed games: caber toss, braemar stone put, weight toss, kilted mile and the sheaf toss. The registration to compete was open to all DePauw students.

Although the turn out for the event was not as great as the organizers had hoped, the competitors and observers had a great time being a part of the event.

“It was a good time for a good cause," said senior Gates Weaver, of the Delta Tau Delta team. "It was nice to see a lot of houses out there just competing and having a good time.”

The evening began with a starting shot from president elect Mark McCoy that signified the start of the kilted mile.

Students enjoyed the unique competitions that the event offered.

“Well I’ve never thrown a bale of hay or a tree before for a philanthropy event. It was cool!” said junior Allison Hills, a member of the Delta Gamma team.

Senior Matt Skiba, who was on the organization committee for the Games, said that changes will be made to the event in future years to try to get more people interested in attending.

“It was definitely a new experience planning an event like this," Skiba said. "Now that we have learned what works and what we can improve upon, I think the games will continue to gain popularity and support from our DePauw family.”

Skiba also aims to incorporate live music into the event in the future, which he hopes will draw enthusiastic students who want to give back to the local community and who express passion for entertaining displays of Celtic athletics.