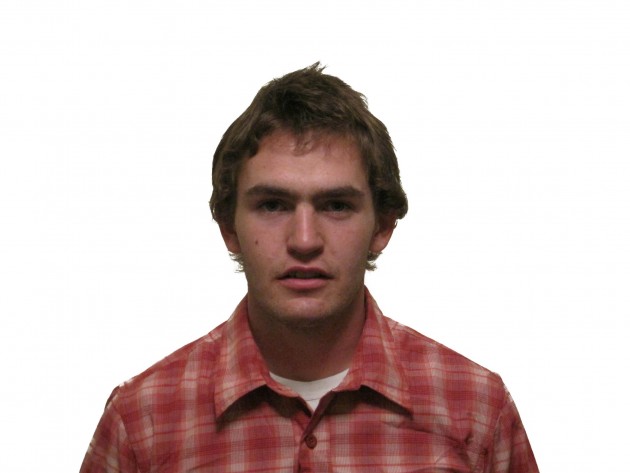 Unfortunately, my time here in Salamanca is winding down, and I'll soon have to return to the United States. I have had a phenomenal time over here.  If I had to name one single thing that has made my stay here fantastic, it would have to be my señora, Maria.

When I was applying to study abroad, I had the option to live either in a university residence hall or with a family. I chose the family without really thinking about it, but it's one of the best choices I've made in a long time.

My "family" turned out to be a divorced lady of 65 named Maria. She has three sons, of whom two (Felix and José) are grown up and out of the house. The third, Ernesto, has Down's syndrome and lives in a home, but spends every other weekend with us. I also live with Matt, another American student who is here with the same program. Most of the time it's just the three of us.

The first time I met Maria was when she met Matt and I at the bus from the airport. I really didn't know what to think. I would assume it's kind of like being adopted. I suddenly had this figure watching out for me and taking care of me as I muddled my way through a new lifestyle. It was a bit weird for the first week or two. I felt like a guest in somebody else's house.  It was like it wasn't really my home at all. I had to be on my best behavior all the time.

After two or three weeks, things got better as we started to get more comfortable with each other.  It became more like a home and Maria more like a surrogate mom. She makes all our meals, and is a pretty good cook. Spanish cuisine is rather different than American, and there are lots of foods we either do not have in the United States, or do not eat. She is constantly serving us new dishes, trying to make sure we try everything at least once before we leave.

I will never forget the baby eel omelet.

Besides feeding us and giving us a place to stay, Maria is our go-to expert for almost any question we have. She knows where to get a haircut, the definition of a word that's not in the dictionary and the best way to get to Madrid. She is also willing to help with almost anything, from thinking of essay themes to making sandwiches. The best thing is that she is always willing to talk and listen to me butcher her language. My Spanish has gotten better just by talking with her than it ever has by going to class.

Today, on the verge of saying goodbye, we are like a family. Everybody understands everyone else, and we all get along well. If you have the opportunity to study abroad and live with a host family, be sure you take it. Your host mom will become your best friend. She is the first person you'll meet, and probably the one you'll end up knowing best. It is not easy to adapt yourself to a new culture, but nobody else will help you more.

—Uhlmann is a junior from Loveland, Co., majoring in Spanish and political science. He is currently studying abroad in Salamanca, Spain.