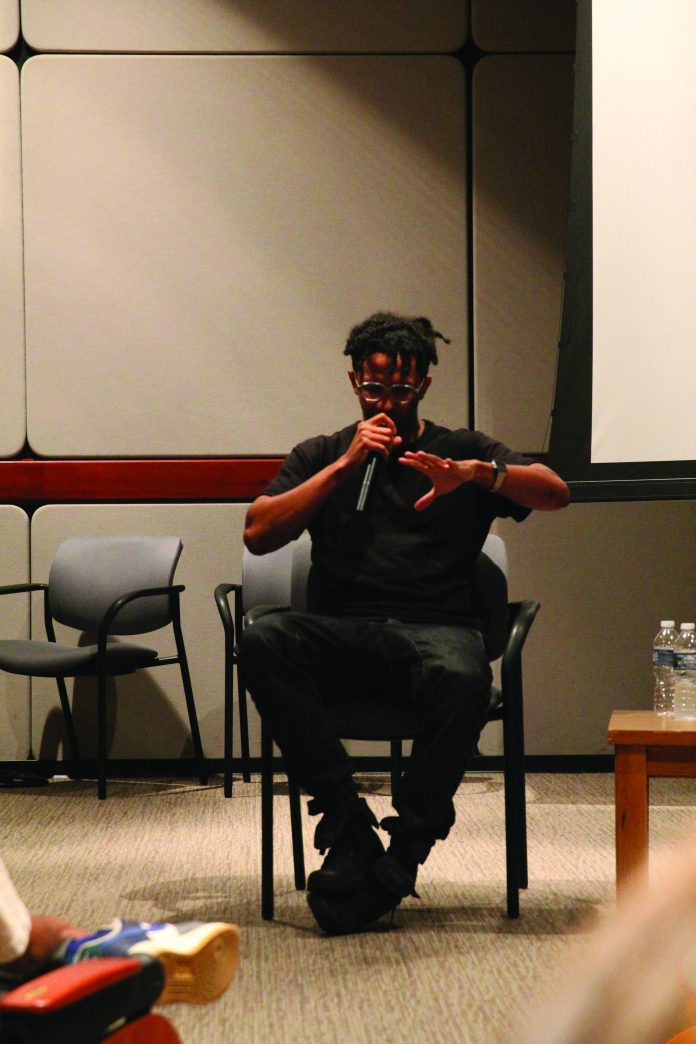 J.P Olsen, the new director of the Pulliam Center, described Thomas as “a polymath who does it all very well.” Thomas is also the first speaker that Olsen brought to DePauw as the new director.

Thomas’ presentation on Tuesday night addressed his research on Japanese hip-hop music, particularly the contribution of a Japanese manga artist named Yutsuko Chūsonji and her series “Wild Q” to Japanese hip-hop culture. Thomas called the series “hip-hop edutainment,” where Chūsonji taught Japanese people at the time about hip-hop culture and vocabulary. Thomas considered manga an educational power like TikTok and any accessible medium. 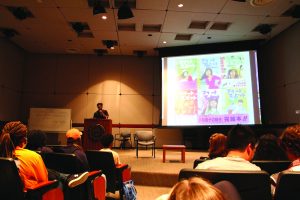 After the presentation, Thomas showed the audience his virtual reality interview, which was part of a project on VICE News. In the interview, the audience could see a panda and a cat talking to each other as a representation of Thomas and his interviewee, respectively, in real life.

When asked about the motivation behind his decision to use virtual reality technology, Thomas said he had to convince his colleagues that the interview had to be done that way.

“I saw [the interviewee] at the same time as the rest of the world saw him. I didn’t want to see anybody but that little black cat…That’s how people interact with each other,” Thomas said.

He added that this form of communication deserved to be treated seriously rather than be viewed as “weird people playing in virtual reality.”

According to Thomas, virtual reality was just one of many things that he has done. He doesn’t have a beat because he is interested in culture, which he defined as “whatever keeps you on the couch and get off the couch to go do something, which means everything.”

Thomas also shared that he has built his career by doing what he loves to do with no expectation of success. He said that although there are a lot of people who are experts in Japanese hip-hop music, many who know a lot about video games and still many who are well-acquainted with Japanese disco history, there are only a few people like him who are knowledgeable about all of them.

“What I'm saying is that I had no idea that any of the stuff that I was working on would be at all valuable in the future. However, looking back, I can realize that all the stuff that I was into, whenever I got into a hobby, let me learn everything I can about this thing that seems very silly to other people…At a certain point, you start to be in the middle of this very, very rare Venn diagram,” Thomas said.

More information about Dexter Thomas and his works can be found at www.whatupdex.com.