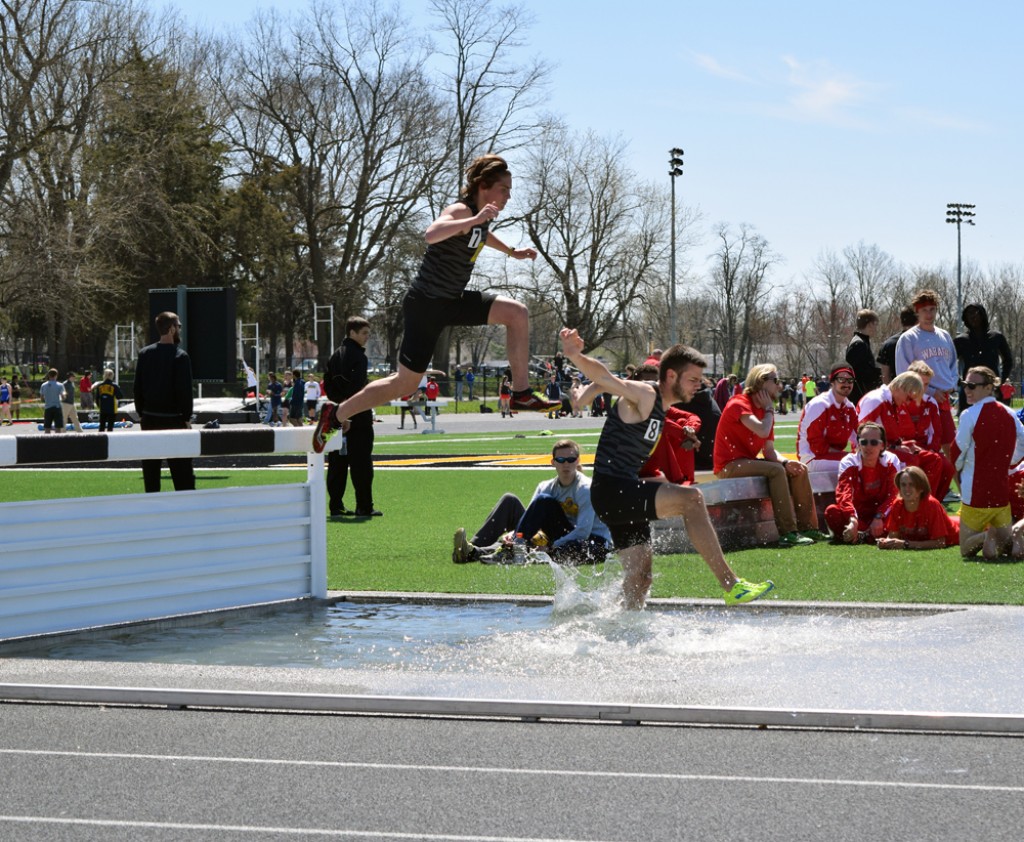 DePauw University’s womens track and field teams rebounded with a strong finish at the Indiana Division III Championships held at Blackstock Stadium on Saturday afternoon while the men finished in the middle of the pack at the same event.

The DePauw women finished second out of seven competing schools, while the men’s team came in fourth place out of eight teams.

While the Tigers placed first in only one event, the women were paced by six second place finishes on the day.

The lone win for the Tigers came in record breaking fashion from first-year Rachel Gutish in the pole vault. Gutish’s jump of 3.41 meters in the finals was enough to take home a first place finish and in the process, break a DePauw school record.

“It felt pretty incredible,” Gutish said. “I’ve been chasing the record all year and I’m glad that place I finally got it was at our last home meet of the season.”

In addition to Gutish, the Tigers had a pair of second place finishes in the field events. Senior Celia Kauth was second in the high jump while junior Katie Manalo took home silver in the discus throw.

On the track, the DePauw women were led by junior Maggie Royalty who came in second in the 100 meter dash and sophomores Amanda Weber and Odessa Fernandes who both finished second in the 200 meter and 400 meter races respectively.

“We all worked together and had some of our best performances of the season yesterday,” Weber said. “It was great to see people supporting one another and doing their best for both themselves and the team.”

All in all, the Tigers totalled 140 points and finished 12.5 points back of winner Franklin College.

On the men’s side, three first place finishes helped the Tigers earn a fourth place mark.

While the women were paced by the sprinters, it was the long distance runners who carried the day for the men’s team.

Junior Paul Watts took home a first place finish in the 10,000 meter race, crossing the line in just over 32 minutes. Senior Noah Gatwood was also first to cross the finish line in the 5,000 meter race with a time of 15:26.04.

“It was a great day, sunny and barely any wind,” Watts said. “I got to go out and beat some Wabash kids, couldn’t ask for anything more.”

In the field events, junior Marcus Dozier continued his remarkable season. The junior’s throw of 16.03 meters in the shot put final was enough to win the event for the seventh time this season.

“I would have to say a lot of my success this year comes from my dedication to my events by practicing over the summer and during both preseason and offseason,” Dozier said about his run of success this season.

The Tigers finished with 72 points on the afternoon, a mark good enough for a fourth place finish, however they fell 182 points behind eventual winner Wabash College.

Next up for both of DePauw’s teams is the Rose-Hulman Institute of Technology Twilight event that will take place at 5 p.m. on Friday evening.