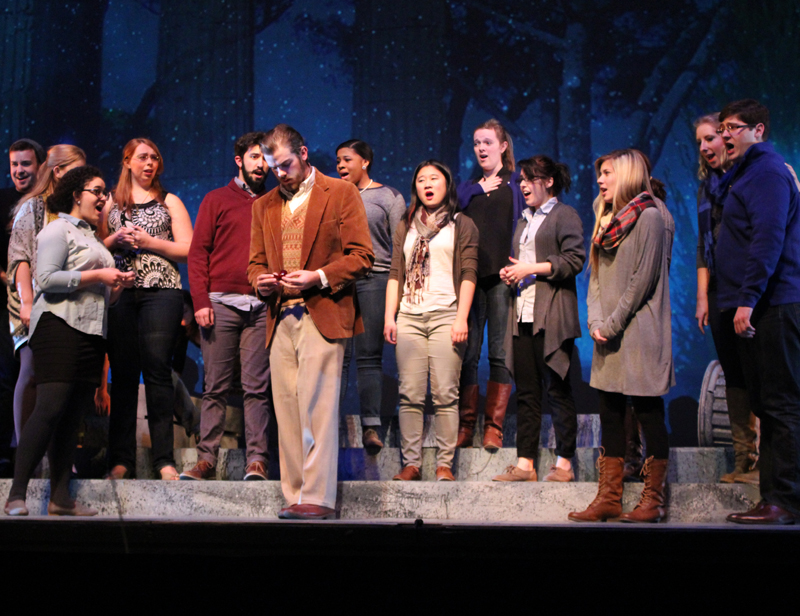 The show was double cast, opening up roles for more students.
AUSTIN CANDOR / THE DEPAUW

Claudio Monteverdi’s last Italian opera, "The Coronation of Poppea," was written over 300 years ago, but that’s not stopping German guest director Joachim Schamberger from producing one of DePauw’s most anticipated events of the year in the school of music.

“For me, it is very satisfying to work with young performers and to introduce them to such a wonderful piece,” said Schamberger. “I am always thrilled with the level [of] dedication of the Vocal Performance students at the…School of Music.”

“This year’s opera is a dramatic one,” said music director Orcenith Smith. “It depicts the ruthless greed of Roman Emperor Nero and his lust for power and Poppea, whose own lust for power sees being the Empress of Rome in her future.”

Schamberger describes the story as something that “sounds like a perfect love story, where love wins in the end”, but “comes with several dire plot twists."

However, with such an old background, the opera initially posed difficulties for the cast.

“This opera was…written in a style of music that most of us are not very familiar with, so it has been a challenge to learn and perform music from that time period,” said junior Julie Strausser. “I think our version of this opera is interesting because the story is set in Ancient Rome, but the costumes are contemporary.” 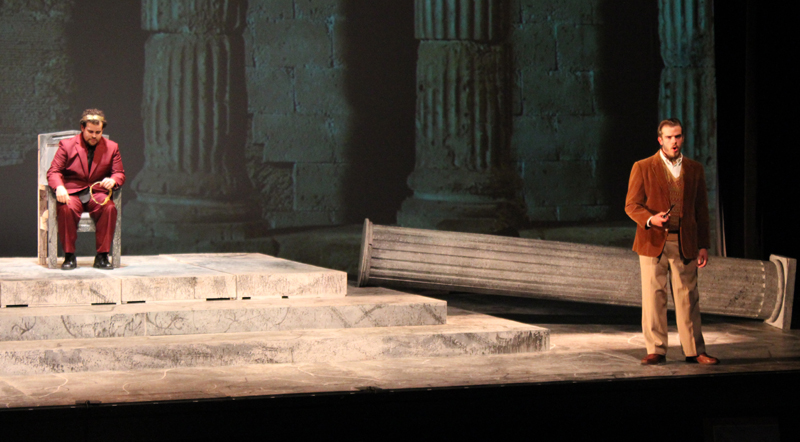 Smith is especially intrigued by the style of music, as it was composed during the time when the ideas of opera were just starting to form.

“The texture is changing all the time,” said Smith. “So it’s very interesting for people to listen to, to kind of get a handle on how opera actually started.”

Along with the orchestrated music, the students singing is also very unique in that, unlike other musical performers, they are singing without a microphone or anything to amplify their voice.

“For me, opera is about singing, it’s about the human voice,” said voice professor Kerry Jennings. “It’s…the power and beauty of the human voice. It’s just a very visceral, real experience to sit here and listen to that.

Unfortunately, Schamberger ultimately had to return to Germany to produce another opera. Jennings, who also teaches the performing opera class in the fall, was asked to fill in.

“Schamberger has been coming in to direct the operas for the last four years… but he’s directed all over the world,” said Jennings. “Knowing that [Schamberger] would have to leave before the production was actually on its feet, they needed somebody to come in and… really make sure his vision of the production really [came] to fruition.”

The opera, like others in the past, is double-cast, which has multiple benefits. Not only does it give more students the opportunity to become a part of the production, but it allows performers to have a night off to rest in between their two shows.

“As a main role, it’s nice having a double cast,” said freshman Logan Dell-Acqua. “It truly helps with character development and allows the cast to push each other to perfection. Having the day off is nice as well.”

“It provides the opportunity to see the show from the outside as an audience member,” Strausser said. “We can all learn from watching the other cast perform the role in their unique way and get ideas for things we want to try the next time we perform the show.”

Having a double-cast also ensures a backup if one of the main roles suddenly becomes ill on the night of his or her performance. 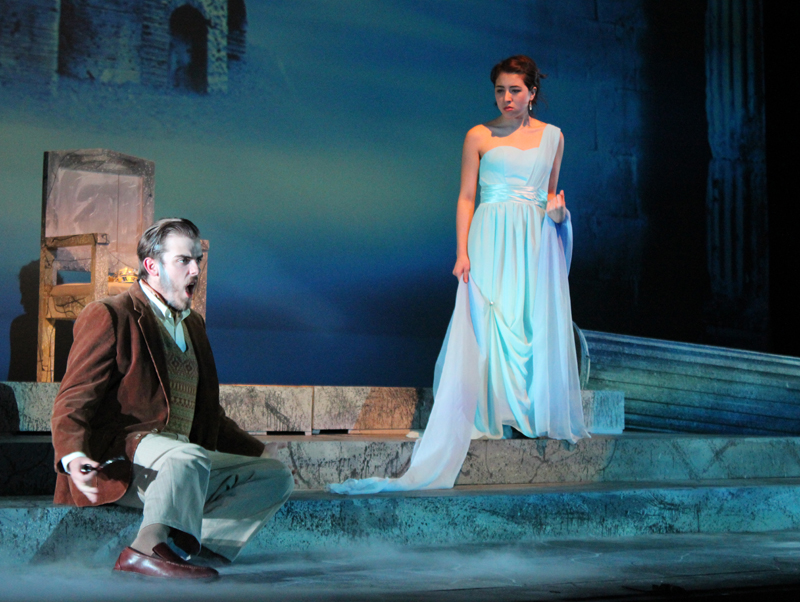 Although opera has been a musical performance that’s been looked at with immense respect by many, it sometimes gets neglected in various colleges or universities, especially those who don’t emphasize music. Luckily, that’s not the case here, as DePauw not only puts emphasis on music but on experimenting with different kinds of music from different genres and time periods.

“For the [music] students, we need to be doing opera,” said Smith. “But as well, we want the general liberal-art students who haven’t experienced maybe opera, to get a taste of it, to come to something where there really isn’t anything critical to do except to listen and learn and enjoy and decide whether it’s an acquired taste or not.”

Jennings also thought the introduction of opera to many students could only benefit them in a liberal arts atmosphere.

“I think this gives them a really good opportunity to come and see live music in a way that perhaps they don’t normally see it,” said Jennings. “To give them a real up-close picture of what this business is like, I think it’s really important for them.”

The opera will be performed in Moore Theatre. The Thursday-Saturday shows will begin at 7:30 pm with a 2pm matinee on Sunday.