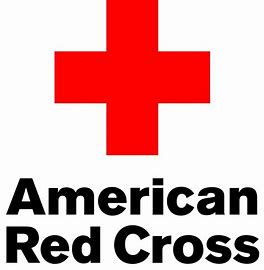 On Wednesday, Feb. 9, the Versiti Bloodmobile pulled up in front of the Union Building, kicking off DePauw’s second blood drive of the school year. From 10:15 a.m. to 4:00 p.m., eligible students were invited to board the mobile collection center and donate blood. “We always get a great turnout at the college campuses,” said Brandy, an employee with the Versiti Blood Center of Indiana. Big turnouts are an important thing when it comes to blood donations because, according to Community Blood Center, “only 37 percent of the U.S. population is eligible to donate blood - less than 10 percent do annually.”

When asked why she attended the drive, one student donor said, “I'm a pre-med student. I've been hearing a lot about the national blood shortage. And it's obviously really important that we're able to get out of it. My dad was in the hospital when I was younger, and he needed a lot of blood, so it's important to me that other people receive that same privileges he did.” The national blood shortage the donor referred to was declared back in early January. What’s now the worst shortage in over a decade, has been declared the first-ever “Blood Crisis” by the American Red Cross. In a press statement, the Red Cross explained the potentially fatal effects of the shortage, “doctors have been forced to make difficult decisions about who receives blood transfusions and who will need to wait until more products become available.”

While the American Red Cross tries to entice donors with chances to win tickets to major sporting events like the Super Bowl, at the local level, blood center employees like Brandy offer different kinds of incentives to donate. “Saving babies’ lives, your blood can also go to infants- I think that’s a good reason. Also, our cancer patients go through tons and tons of platelets, which is a component of whole blood that we take from you. A lot of people don't know how important Donating blood is unless they need it or they know somebody else who needs it.” In case helping others is quite the motive you’re looking for, Brandy also noted some personal benefits that come with blood donation, “You can find out your blood type when you donate. Also, when you come in, we give you a little mini physical. They test your blood for various diseases, so it's kind of like a free little mini health screening.” The free snacks are also a perk worth noting.

If you’re interested in donating blood, the American Red Cross is hosting a drive at the Putnam County Library (103 East Poplar Street) on March 14 from 1:00 p.m. to 6:00 p.m. To be eligible to donate, you must be at least 16 years old, weighing 110 pounds. Donors must also be feeling well and in good health, and cannot have donated blood within the last 56 days. For additional information about blood donation and upcoming drives, visit the American Red Cross website.