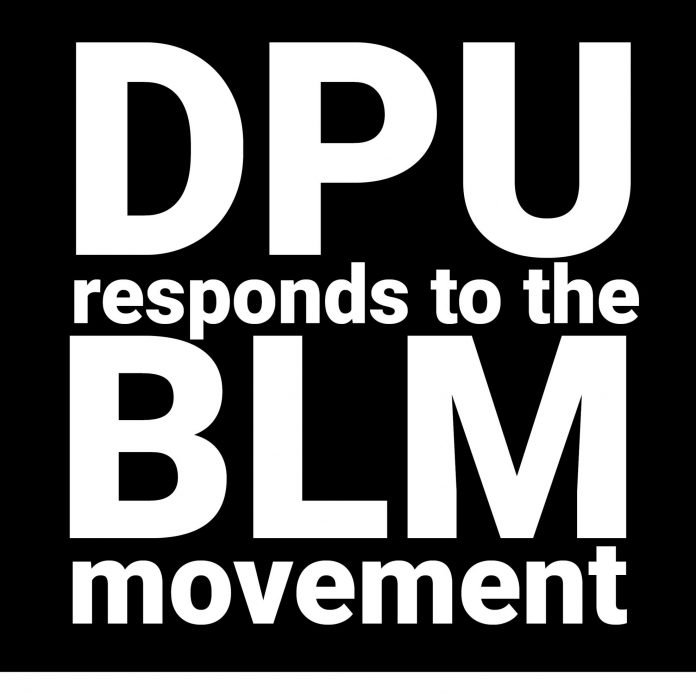 In response to the demonstrations, DePauw President’s Cabinet released a statement. Here are the two opening paragraphs.

“The unjust and tragic death of George Floyd, a black man, at the hands of a white police officer has once again brought to the fore the deep racial divide in this country. His death echoes with the pain of other lives lost senselessly, most recently among them Breonna Taylor, Tony McDade, Ahmaud Arbery, and Sean Reed.

As leaders of an institution that values diversity and inclusion as central to its mission, we are galvanized in our anti-racist, anti-bias, anti-hate efforts, and our pledge to embrace inclusion, equity, and justice.”

Several other DePauw organizations, such as the Department of Chemistry, some fraternity and sorority houses, and the Department of Africana Studies, as well as individual faculty and staff, also released statements. Conversations seemed to be geared toward genuine understanding and growth, but the University is not far-removed from racist events.

In 2018, the University was subject to an outside investigation involving racist incidents around campus, and DePauw’s Association of African American Students (AAAS) released a list of eight feasible demands. However, they received little support from the student body and the head executives at DePauw, including former President Mark McCoy. At the time, none of the demands were met. The students then protested but the university required them to protest a certain way, which directly violated their student rights.

Attached here is the full response from the AAAS back in 2018.

Here is the question that lies before us yet again: what can DePauw do to better promote anti-racism?

Anti-racism is the policy or practice of opposing racism and promoting racial tolerance. Below are anonymous perspectives from students of Color. For safety and privacy purposes, these names will remain confidential. 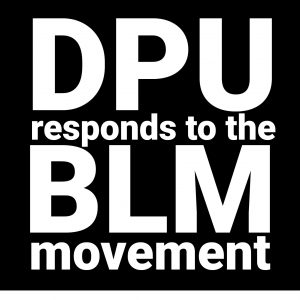 One sophomore said, “They (the University) would do something without having to ask us? I mean, to me, I feel like they only do shit when shit’s going on in the world so to me, I don’t wanna see shit if I don’t feel it. That’s just me, racism will always be here and always be a problem; people will always be and have their ways.”

Another sophomore said, “I think a lot of [anti-racism] needs to come from the students. The students shape campus culture the most so they need to value being anti-racist and be active about it during the school year.”

Another sophomore said, “DePauw takes action to an extent but even then, there isn’t much to follow-through in the end. There will be an event and then it’s over and never brought up again until something else occurs, and then they feel they must respond.”

One junior said, “The first thing DePauw should be doing is holding people accountable. I know that phrase has been thrown across millions of social media platforms over the past month, but when it comes to ending systemic racism, it really is necessary. How can you be upset that someone continues the same bad behavior if you never told them that what they were doing was wrong? In every moment, every person of every color has a duty to hold each other accountable for racist comments and actions. Beyond that, there must be measures taken to ensure that REAL consequences are put in place for faculty members and students who say or do racist things.”

That same junior also said, “Not to make anyone feel bad for anyone, I can promise you after white guilt is experienced, POC on DePauw’s campus still do not feel 100% protected and safe. We don’t need another therapy session. Day of Dialogue allows white people to leave feeling like they are changing the world and all they are doing is listening while POC are reliving trauma and leaving still feeling the same way as POC walked in: tired & unheard. So if DePauw is not afraid to create spaces where Black, Hispanic, Asian, and Indigenous people feel the need to explain & relive their traumatic experiences, then DePauw should not be afraid to say that ‘Racism is a problem that white people created and a problem that white people have the responsibility and power to fix.’ Reconstruct Day of Dialogue or get rid of it completely.”

That same junior continued, “DePauw has grossly neglected Black & multicultural sororities & fraternities at DePauw. The very first time me & my family stepped on DePauw’s campus, my parents asked ‘Where are the Black sororities?’ All I could say was that I didn’t know. I’ve been there for an entire year and I STILL DON’T. I can tell you where every last one of the predominately white houses are though. Black sororities and fraternities should be funded just the same as white ones. Anti-racism falls on EVERYONE. The students, the faculty, and the establishment that is responsible for protecting them. We have a responsibility to each other to see, respect, and love the differences within each Tiger on DePauw’s campus.”

In spite of the recent progress, such as the hiring of a Diversity and Inclusion Vice President, students continue to call for racism to be uprooted in public and substantial ways in order to form a safe environment for all.

Many problems, ranging from Day of Dialogue contingencies to simple microaggressions between community members, remain unsolved around campus. However, as President Lori White begins her tenure some students are hopeful for immediate change.

In her first official statement as President, a video on the University YouTube, she said, “I am a faculty member. I am a staff member. I am a woman. I’m a person of color. I am African-American. Black lives matter. In the words of Maya Angelou, ‘And still I rise, I am the hopes and dreams of my ancestors.’ I am best friends with someone whose political views are different from mine, yet it is our common core values that connect us.”

Recently, DePauw’s Counseling Services and Student Academic Life have made pointed efforts to create a safe environment for students of color by hosting Zoom meetings and implementing educational opportunities such as Safe Black Space and Race to Read. The Center of Diversity and Inclusion have headed the majority of DePauw’s social activism, as they’ve worked all summer creating safe places for students of color. DePauw’s Student Government will also be hosting a virtual meeting on July 6 at 8:00pm-9:30pm to list all student concerns directly to President White.

In light of all the controversy DePauw has been subject to, one thing remains constant: DePauw can and will change through deliberate action. As one student perfectly stated:

“Students will continue to speak up for what is right and all injustices that occur on campus. I’m looking forward to next year. I am hopeful to have President White, a strong Black woman, be the face of our institution. It won’t be easy, seeing how much is happening and everything she has to handle and discuss, with COVID-19, virtual learning, campus safety, and racial injustice. But I entrust that she will form a true connection with all students on campus to spark true change in our community.”