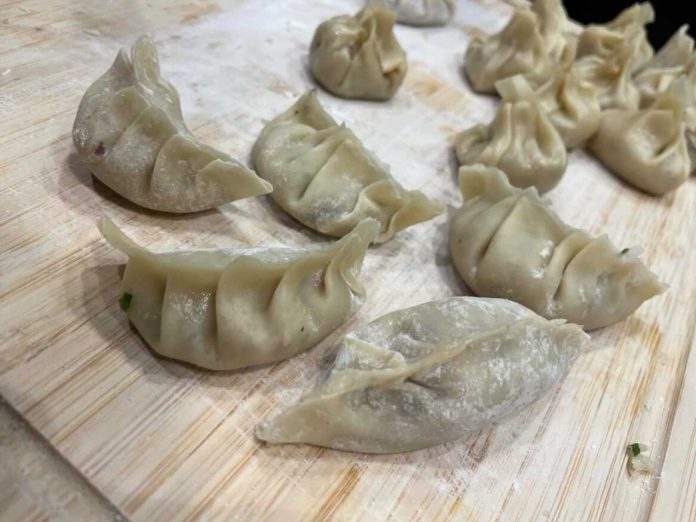 On Wednesday, March 9, the South Asian Student Society (SASS) commemorated the Tibetan New Year at the Center for Diversity and Inclusion with momos—a Nepalese and Tibetan dumpling. Food is not the only aspect of culture shared between Nepal and Tibet. In addition to being observed in Bhutan and some parts of India, the Losar festival is observed in both Nepal and Tibet.

Losar is a holiday centered around community and spending time with those one cares about. Sophomore Kelsang Shrestha who is a Nepalese of Tibetan descent said, “Losar is the Tibetan New Year. This is my first time spending it without my family. Outside of the religious aspects like praying, visiting holy sites and monasteries among other things, this is a time for families to get together, so there’s a lot of celebratory gatherings extending over multiple days of the year. The event was one way to bring everyone together at the CDI.”

Shrestha led the group in making momos for the event as he was the one who best knew how to make them in the traditional Tibetan style. While this was the case, SASS members were more than willing to let non-members make the delicious treat. Despite the tradition, this was the first time some members of the club made momos. 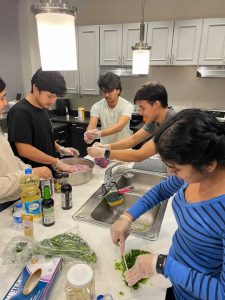 Senior Abdullah Salau did not originally plan on attending the event, but his friend convinced him to go. Going to the event gave him an opportunity to experience something new and step outside his comfort zone. “I enjoyed the fact that the event gave me a break from my normal work routine. I also liked that I was able to enjoy international food and spend quality time with friends. It was my first time trying momos and they were really good,” Salau said. He also enjoyed the coziness of the venue, the CDI, as it brought people from different cultures and ethnicities together.

This was not the first event hosted by SASS this year. The club has hosted an event which featured Indian snacks like pani puri in November. The South Asian Student Society seeks “to provide students that are South Asian, of South Asian descent, and interested in South Asian culture with a positive space to learn and celebrate each other’s cultures. The purpose of the organization is to bring awareness to the diversity of South Asian cultures through cultural and social events that invite everyone from the DePauw community.” You can check out the club’s page on Instagram at @sass_dpu.