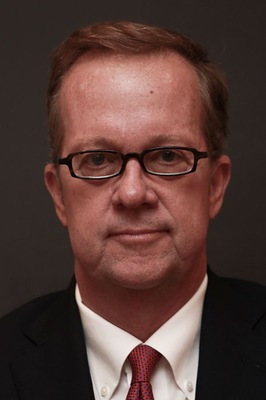 After a unique season, Head Coach of DePauw Men’s Basketball, Bill Fenlon, was named the 2021 Jack Bennett Man of the Year by CollegeInsider.com. The award came after completing a 12-1 season in which the team was undefeated at home and saw its national ranking rise as high as 12th in the Division III polls.

However, the Tigers outstanding season wasn’t the only factor in Fenlon receiving the award. His ability to “display great moral integrity off of the court,” College Insider says is the basis on which this award is given in addition to success on the court.

While Fenlon said he’s humbled to be recognized in such a way, he gives much of the credit to his team this year.

“It was one of the most rewarding experiences I've had in coaching and the biggest reason for that is the guys that we had in our group,” Fenlon said.

College Insider, a sports coverage site focused on basketball, presents the award annually to a non-Division I head coach. The recipient is chosen by a panel consisting of 12 current or retired coaches, three members of the national media and five collegeinsider.com staff members.

Fenlon has the most wins and games coached in DePauw men’s basketball history, with the 2020-21 season being his 29th with DePauw and 35th overall as a collegiate head coach.

Having coached for this long, Fenlon said being recognized for the way he treats players and develops relationships in this business is rewarding.

Through all the years of his coaching career, Fenlon said this has been one of the more unique seasons he’s had due to the pandemic, making receiving the award this year even more special.

Whether it was not being able to use the locker room, standing 6 feet when circling the team up, or the uncertainty of game scheduling and preparation, Fenlon had to lead his team like never before. Despite this, Fenlon said he was proud of how this team handled this unusual situation.

“I think our guys could have spent some time pouting about what they didn't have, what they weren't going to be able to experience, but they never did,” Fenlon said. “They were just happy to have the opportunity to be together and play, and every day that was really fun to watch."

Fenlon credits the seniors specifically in addition to the whole team for making this season a memorable one.

Senior Nolan Ginther said he doesn’t think there is anyone more deserving of this award than Fenlon. Off the court, Ginther said Fenlon encouraged the team to stay educated on issues outside basketball, helped them network with alumni, and ultimately do anything he can to help them be successful.

“Obviously Coach Fenlon is a phenomenal coach,” Ginther said. “But I think the stuff he does off the court embodies what D3 athletics is all about.”

Even in this abnormal season, the Tigers were very successful. Fenlon said even if they didn’t have this success, they did from a winning standpoint. They had wins as a group just by being together, having fun, and striving for improvement. Nevertheless, he added, “We were able to sweep Wittenberg and Wooster while we were at it.”

According to Fenlon, this year’s group of men was a “championship caliber team.” However, they were unable to find that out due to there being no tournament this year. Nonetheless, Fenlon said the experience they did get to have was even more unique.

With his constant praise from people both inside and out of the DePauw community, it is evident Fenlon has touched the lives of many in regard to both basketball and in life.

As he finishes up his time at DePauw, senior Nick Felke said he will carry what he has learned from his coach beyond college.

“He was not only a coach, but a mentor and a life coach and always had advice for me when I came to him,” Felke said. “I will be grateful for that forever."