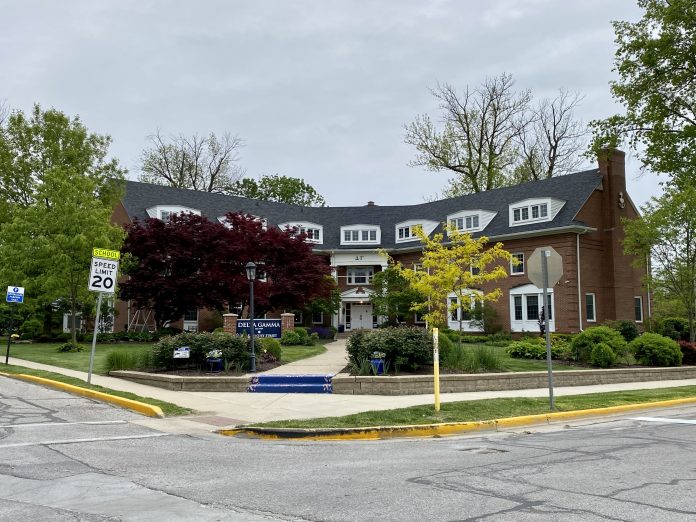 Early this morning, Saturday, May 15, an armed intruder entered the Delta Gamma (Gamma Iota Chapter) sorority house. The 45-year-old man was carrying a rifle (not loaded), ammunition, and an airsoft pellet gun, according to an email from DePauw’s Campus Incident Management Team sent to students earlier today.

“Students who were awake during the incident sheltered in place and contacted 9-1-1,” the email stated. “Students’ swift action enabled DePauw Police to apprehend the man with the assistance of the Greencastle police within ten minutes of their call and is in custody.”

No students were physically harmed, and academic affairs and student academic life are working to provide academic and personal support to everyone involved.

“I have to be very, very cautious [about what I say] in my position,” Judy Breeden, Delta Gamma house mother, said. “I know that in Delta Gamma everybody is safe, but in terms of official statements, I have to leave that to Delta Gamma, the police, and DePauw.”

Kate Stanley, Delta Gamma chapter president, also declines to comment on the incident at this time.

This story will be updated as the investigation continues and more information is released to the public regarding the identity of the armed intruder.