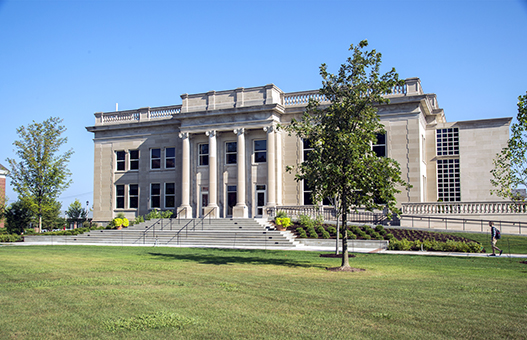 DePauw’s first-year enrollment dropped 25 percent this year to 423, the smallest incoming class since 1970, according to Bill Tobin, director of institutional research.

In a survey conducted over the summer by the admissions office, the same key factors were repeatedly given as reasons why students chose to attend DePauw and why other students went elsewhere.

These reasons include cost/offer, location, size and community.

The reasons why students chose to come and not to come are practically the same. President Mark McCoy supported this point by noting that factors that some students may be looking for here, are the same things that turn other students off to DePauw

For example, students who chose to attend found it affordable, while others thought tuition prices were too high.

One obstacle is negative press. Over the past two years there have been budget cuts as well as staff and faculty layoffs.

Additionally, DePauw is currently searching for a new president. Leading up to President Mark McCoy’s resignation, there was a faculty vote of no confidence, which contributed to the negative attention.

To counter the negative press, Andrews said that for every “negative thing, there are 100 positive things” about DePauw.

Andrews also discussed student life experience, which he said “has been kind of a point of contention for a lot of folds and really different areas across campus.”

To elaborate on this, Andrews talked about prospective students questioning if DePauw is “a fun place,” “is it okay [here].”

Due to the cost of DePauw, Andrews claimed that these little things can “change decisions pretty quickly.”

Andrews emphasized the competitive market of state schools and other private schools that are attempting to attract the same students as DePauw.

“There are really good students here,” Andrews said. “Everybody wants the students that are enrolling here. So they're [other colleges] willing to and trying to do everything they can to take kids away from us.”

The drop in enrollment numbers has already resulted in the admissions office making changes in marketing efforts. This includes returning to some markets that DePauw used to get a lot of students from.

“We've really spent the summer months focusing for this fall going out on the road,” Andrews said.

Despite the size of this class, McCoy said, “the university will bounce back from a low here. We always have.”