By age 17, Eugene Puryear had already organized a high school protest against the Iraq war. Now, at age 30, Puryear is a radio host, writer and an organizer within the Movement for Black Lives, working towards a more equal America.

This past Monday, Puryear, an activist within the Movement for Black Lives spoke in Watson Forum about “Resistance in the Trump era: Movement Strategies and Tactics for Liberation.”

“The movement for Black Lives for me was such an unbelievable awakening because it was really about not ‘this or that’ particular case...it really seemed to finally be systematically looking at these problems..how do we not just get justice for X,Y, Z person, but how do we really make sure that this never happens again as a city, as a state, as a country...” Puryear said in an interview.

Throughout his time as an organizer, Puryear worried about personal finances, but leaned on becoming a radio host as well as an author. His show, By Any Means Necessary, examines issues within today’s society.

Another idea that Puryear discussed was non-violence versus violence. He said, “...it’s only when people are fighting for their rights that violence isn’t the answer to every single problem, but as soon as you get elected President of the United States, that’s all people want to hear...this is a country founded on violent revolution.” Although Puryear does not believe that violence is the answer to problems, he makes it clear that we live in a country where violence is valued.

Puryear also provided advice to the audience about how to begin a movement. He made it as simple as finding a group of people who are passionate about the same idea and raising awareness of the issue as a group. When asked in an interview how someone can make a change, Puryear said, “...we have to ask ourselves not just how we make a change, because we already know how to make a change, I mean, marching, rallying, voting, all those different things have made changes, I think the question for us not in the 21st century is, how do we keep that change?...”

Puryear’s talk raised a lot of questions and thoughts amongst the student body. “I just thought that it was very important, the point that he said, especially about focusing on the issues and not on Trump as president,” said first-year Sandra Laserna, “[but] also about petitioning alumni and not necessarily the president because I know in the past we marched and petitioned for several issues on campus and we focus on targeting McCoy but it was very eye opening to hear the power of petitioning alumni and being more strategic about the pressure points from which you approach an issue.”

Students reacted positively towards Puryear’s idea that strategy is more important than tactics while beginning a movement, “What I thought was interesting was that he said protesters and demonstrators need to have a goal, not just go out there and say what you want to happen but actually have a goal and then create a strategy of how you are going to do it and it’s got to be a realistic goal,” said first-year Evan Grathwohl. 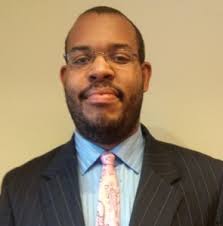 A final piece of advice that Puryear gave to students who want to protest on campus was to target alumni donors, not the university president. If there is an issue on campus, the university president is not the one to make aware of the issue. Alumni donors have great influence on the University, which makes them a perfect target to present issues to.