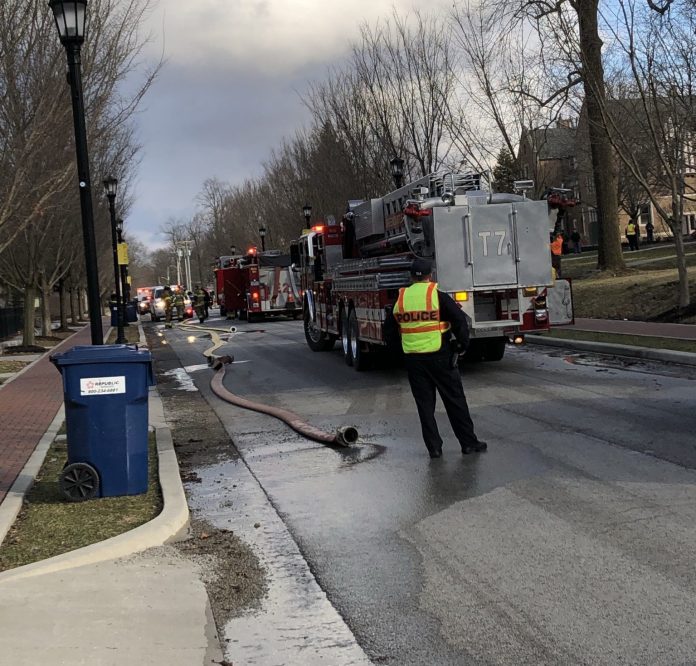 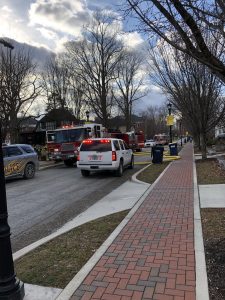 According to a Rave alert from DePauw Police, “there are no injuries.”

No more information has been released, but many Senior Hall residents reported heavy water buildup in the building from the indoor sprinkler system that was triggered by the fire.

According to the Greencastle assistant fire chief, Rob Frank, “there’s more water damage than fire damage.” The cause of the fire remains under investigation.

Dave Berque, Interim VP for Academic Affairs, notified faculty that 35 students have been rehoused around campus while facilities manages the water damage. As of Monday, February 10, Senior Hall will be closed for the semester. Students  have been provided gift cards to Walmart and Kroger for any immediate needs.

Fire officials still don’t know the cause of the fire. Investigation will continue today now that students have been relocated.