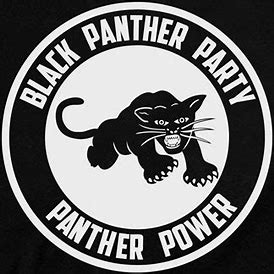 Last Monday, February 21, DePauw’s Association of African American Students (AAAS) welcomed Erika Huggins via zoom for a discussion themed ‘What are you willing to lose?’ AAAS President Kayla Thompson introduced Huggins to the virtual audience as “an educator, leading Black Panther Party member, former political prisoner, human rights activist and advocate and poet,” and, sticking with the program’s theme: “someone who was willing to lose a lot.”

Huggins kicked off the discussion by addressing the program's title. “I love the title. What do you have to lose? And it reminds me of something Assata Shakur said: we have nothing to lose but our chains. Sometimes the chains aren't visible, are they?...  I was 18 when I joined the Black Panther Party. So there was a way in which I lost my teenage years, but I wasn't aware of it until I was incarcerated… But you know, the external things that we lose- our willingness comes with letting go of the things that no one can see that we no longer need.”

Thompson, who facilitated the conversation, added, “You don't go into these movements like ‘okay, I'm gonna give up this or that.’ For us, it's almost natural. As activists and advocates, it’s like, ‘I'm going into this because it's my purpose.’”

Thompson went on to ask Huggins about similarities that bind people together rather than differences that divide them. Huggins shared what she thought was the common tie between all groups of people of color and activists. “Black and other people of color- there's a long list if we unpack that list called ‘People of Color,’ it's a long beautiful list. I'm not intending to dismiss anyone, but I can speak more directly from my own lived experience. As a Black person, as a woman, as a mother, and as a person who doesn't fit neatly into the gender and sexuality norms set up by society. I've never fit in a box. And if I found myself in one, I wanted to jump out of it. There are many people like that- I'm not the only one, but I'm talking about it right now. And so I think that at the core of your question, is how are we similar? Malcolm was brave. Martin was brave. Angela Davis is still brave... I'm sure that they have to be brave in order to step out. Look what you're doing, Kayla. You are brave- that’s the truth and you cannot pay so much attention to how people see you.”

Bravery in activism was another topic of the discussion. Huggins shared that to her, the true meaning of an ‘ally’ is “someone who has your back, but they don't back down if it gets scary.” She elaborated further on what she wants from allies in a time when the term has become so watered down. “If I say that I'm your friend, I'm your friend. And it won't depend on what you do or do not do to make me feel comfortable. I can, I cannot make you comfortable. You can't make me comfortable but you can be there. You can show up. You can keep showing up… I can’t be everywhere, but where I am, I can show up.” Thompson built on the point that true allyship “would require some folks to step back and realize the way that they benefit from that fear or the oppression of all marginalized and historically marginalized identities and so I think when it comes to allyship, people are like, ‘I don't know what I'm willing to lose. They’re thinking ‘I'm going to lose something.’” Huggins added that the only thing white allies have to lose is “a limited identity, but there's no way- with the social capital that comes with being white- that you will lose everything.”

When the initial discussion concluded, Huggins answered some audience-submitted questions such as “What are some things that [Gen Z] could do in order to continue and even further the progress that has been made with racial inequity?”  Huggins response? “I don't really give advice so much as I encourage people to do what they can do. A friend of mine said he was talking about answering the question what can we do? What can we do? I know that young people are probably gonna live longer than me. So there are a million things we can do, depending upon who we are, and what privilege we may have in some aspect of our lives and he said so beautifully, he said, go to your front door. Open the door. Look in front of you, know what to do. Look in front of you. To the right of you. Look to the left of you, look behind you. You'll see something.”

Following the discussion, Thompson told The DePauw of her first encounter with Huggins via Zoom last spring, “I remember seeing her on the call and being starstruck to be in the same place as a Black Panther Party [member], a movement that I deeply revere and feel connected to… Her wisdom and power radiated through the screen. I was in awe and clung to every word she spoke.” Thompson said after this first encounter, she knew she needed to bring Huggins back to DePauw.

About talking with Huggins last week, Thompson said, “To me, Ericka is someone who has endured so much in the name of Black liberation and the liberation of all people of color, so it was imperative that I showed her the utmost respect. And I respected her greatly. Again, she was so welcoming and warm, and so speaking with her wasn’t as nerve-wracking as I thought it would be.”

"I [Kayla Thompson]  actually met Ericka Huggins via zoom in one of my courses in Spring 2021. I’ll never forget the day, April 1st, 2021. It was my Contested Humanities class with Dr. Ronald Porter , who is now at Eckerd College. I think Ericka Huggins mentored Dr. Porter, though I cannot recall exactly. Anywho, I remember seeing her on the call and being starstruck. To be in the same place as a Black Panther Party, a movement that I deeply revere and feel connected to.  Ericka was mellow and well-postured. Her wisdom and power radiated through the screen. I was in awe and clung on to every word she softly spoke “Speak Truth to Power!” I admired the way she paused to think about a question before answering.  During that Zoom call, she was in her element. I could see her zeal for education come through as she spoke about her work as the Director of the Oakland Community School. And at the end of the call, I felt like I had reconnected with an old friend, a sister comrade to be exact. “She has to come to DePauw,'' I thought.

And so, a few short months later around November of 2021, I had brought the idea to my executive board members as we were in the planning process for Black History Month for February 2022. Ericka was not hard to contact, and as a matter of fact I heard from her agent rather quickly. So once we were in contact with her agent, we had to think about a message that we wanted to send to our community through the speaking engagement. That’s where the ‘Deeply Rooted’ theme came into play, with the help of CDI Coordinator, Joseph Harris. We were intentional about making connections to the Black experience at DePauw in addition to programming that celebrates those roots and where we come from. More than ever, in times filled with loss, it was crucial for us to connect with our elders who are still here.

I was nervous to lead the discussion with Ericka. I had never done something of that caliber before and I didn’t want to look silly next to a powerhouse as herself, although she was gentle. To me , Ericka is someone who has endured so much in the name of Black liberation and the liberation of all people of color, so it was imperative that I showed her the utmost respect. And I respected her greatly. Again, she was so welcoming and warm, and so speaking with her wasn’t as nerve-wracking as I thought it would be . Our conversation flowed well and what was helpful is that we met prior to the webinar, to get an idea of what direction we wanted to take the discussion in. Ericka was open to any and all suggestions, and helped us tailor the conversation with talking points that she was interested in sharing with us. So prepping with her beforehand and having the questions ready was helpful in working with her, and after the first two questions, the conversation went a lot smoother. I am glad we were able to bring her in , even though it was through Zoom."