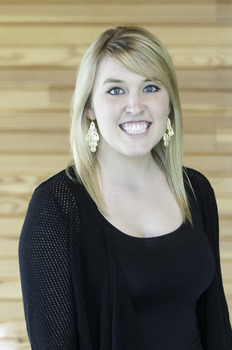 DePauw is reaching the end of its annual three-week-long “Energy Wars”: a competition between the major housing buildings on campus to reduce the amount of electricity and water that students use in their day-to-day lives. In 2010, DePauw students made the largest reduction in energy out of all of the nearly 40 campuses that participated, and each year students continue to do their homework by window-light and take fewer showers to win the energy-reducing competition.

However, once the three-week Energy War ends, our lights come back on and students cease thinking about whether or not they unplugged their computer charger to reduce electricity usage. The three-week period of Energy Wars, instead of setting a standard, is an example of how environmentally friendly living is often seen as “extra”—for example, we might applaud the actions of someone who brings their own, reusable bags to the grocery store, but we generally consider using the plastic bags provided to us by the store as standard and acceptable.

On the other hand, people seen blatantly littering on the street may find themselves the target of dirty looks or even the recipient of a fine. Littering—although not considered socially unacceptable in the past, is now less prevalent due to social pressures and legislation.

This interesting contrast highlights how beliefs about whether or not an action is morally required can affect our behavior.  Furthermore, as Stanford professor Rob Willer points out in a recent article for the New York Times, this phenomenon can explain why there is such a large difference in the way our political parties approach environmental policy.

Essentially, while a large portion of people who identify as Republicans report believing that global warming is a significant problem, the Republican party has historically made far fewer efforts to combat climate change. According to Willer, this disparity may be due to the fact that liberals tend to view environmentalism as a moral issue, whereas conservatives do not. Therefore, conservatives are more likely to view an environmental program as just one program out of many proposed social programs that are all potentially beneficial but also are all costly. Ultimately, if one doesn’t view an issue or action as morally necessary, one is less likely to be willing to make it a priority.

What can we take from this information? Essentially, the first step in significant environmental policy change is making it clear to citizens—liberal and conservative alike—that environmentalism is not merely a problem of logic and cost-benefit analysis, but of ethics. On a smaller scale, as students, we can hold each other accountable for actions. Even after Energy Wars ends, congratulate your friend for turning off their light, and smile at someone you see opting to walk to the library instead of drive.